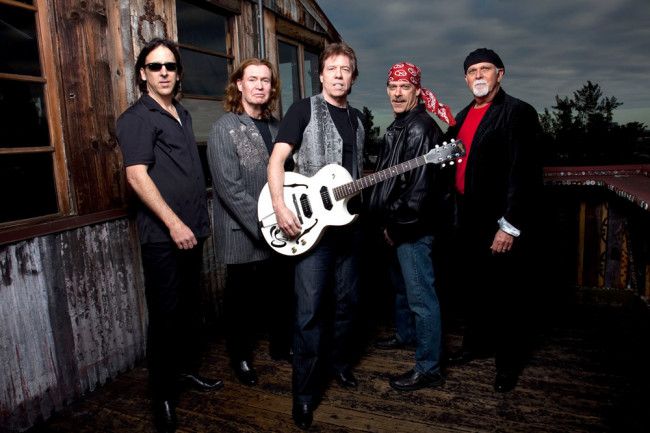 It was announced today that legendary blues rock band George Thorogood and the Destroyers will bring their Rock Party Tour to Penn’s Peak in Jim Thorpe on Sunday, June 11 at 8 p.m.

Tickets, which are $44 for regular reserved seating or $49 for the pit (standing room only), go on sale this Friday, April 7 at noon and will be available at ticketmaster.com and all Ticketmaster outlets, the Penn’s Peak box office (325 Maury Rd., Jim Thorpe), and Roadies Restaurant and Bar (325 Maury Rd., Jim Thorpe). Penn’s Peak box office and Roadies Restaurant ticket sales are walk-up only; no phone orders.

It’s that moment when the house lights go down and the audience erupts: a drumbeat punches through the darkness, and the stage lights – almost blindingly bright at first – reveal a killer band ready to unleash a catalog of classic hits like none other. That familiar snarl of a slide guitar rips open the room, and you know you’re about to experience a bad-to-the-bone icon at his very best. George Thorogood and the Destroyers are throwing a “Rock Party” in 2017, and you’re invited.

“The thing is,” Thorogood says with a laugh, “it all started with a birthday party.”

For any kid growing up in the ‘60s, the first sightings of live rock ‘n’ roll on TV were mind-bendingly seismic. “Ask Bruce Springsteen, Tom Petty, John Mellencamp or Chrissie Hynde, and they’ll tell you the same thing,” Thorogood says.

“The Beatles on ‘The Ed Sullivan Show’ and The Rolling Stones on ‘Shindig’ – we all saw that and said, ‘That’s it. That’s what I want to do.’” Almost immediately, teens across America, including the suburbs of Wilmington, Delaware, started to put together bands.

“I didn’t know how to play guitar then, but the band up the street needed a singer,” he remembers. “And because I knew the words to a bunch of songs, I said I’d give it a try. The first show we ever played was a party for my twin sisters’ birthday. I was 15 years old and got paid $20. That was the day I became a professional rock performer.”

By his early 20s, Thorogood was a solo acoustic player in the Robert Johnson/Elmore James vein. “As long as someone was listening, I knew things could fall into place,” he says. “I started doing pretty good for a solo act. I wasn’t making a fortune, but I was opening for people like Hound Dog Taylor and Sonny Terry & Brownie McGhee. I was getting a lot of positive feedback from some very heavy blues people, and all of them advised to put together a band.”

“Boston was where the action was,” Thorogood explains. “We hooked up with a decent booking agent and started playing gigs throughout New England and the Delaware Valley. I knew that if we just kept playing, our sound would come out naturally. And it did. Audiences loved us. The acts we were opening for, like Muddy Waters and Howlin’ Wolf, loved us. We were playing great, but we couldn’t earn more than $200 a night.”

Through it all, the big brass ring remained a record deal. “We made demo tapes and sent them around. Every major label passed. Then in 1976, a guy saw us playing in a bar in Boston who knew someone at a folk label called Rounder Records. Oddly enough, they were in Cambridge. I’d never heard of them, and they were my last shot.”

“We’d released a few blues records, mainly field recordings, but George was as electrifying on stage back then as he is now,” says Rounder Music Group Vice President of A&R Scott Billington. “It was the same time that punk rock was becoming popular, and it was the right time for someone to come along with a true back-to-basics approach. George was so passionate about the music he played and the musicians he respected so much, whether it was John Lee Hooker, Jimmy Reed, or Hank Williams. Like the British Invasion before, he brought these songs to new audiences and made them come alive in a whole new way.”

George Thorogood and the Destroyers’ self-titled and now-classic debut on Rounder would soon be certified gold. Over the course of 16 studio albums – including six gold and two platinum discs on Rounder, EMI, and Capitol – the band would amass an unmatched catalog of hits that includes “Who Do You Love,” “I Drink Alone,” “One Bourbon, One Scotch, One Beer,” “Move It on Over,” “Get a Haircut,” and the ultimate badass anthem, “Bad to the Bone.”

But it was their powerhouse live performances that made GT&D legendary: from unforgettable appearances on SNL and Live Aid, to the opening slot on The Rolling Stones’ historic ’81 tour, to their own record-breaking 50/50 Tour, or any of their current 100+ shows per year, Thorogood and his longtime band – Jeff Simon (drums, percussion), Bill Blough (bass guitar), Jim Suhler (rhythm guitar), and Buddy Leach (saxophone) – remain among the most relentless and relevant classic rock acts on tour today.

“In 1975, there was no such thing as classic rock radio, MTV, or House of Blues, and casinos weren’t hiring rock acts,” Thorogood explains. “There have been so many great avenues of expression created since then that have made a huge difference in the way all of us experience live music. We’re fortunate to have the kind of material that could utilize all of these formats without having to change our sound or attitude.”

From coast to coast, the critics agree: “I’m happy to say, after all these years, that George is still ‘Bad to the Bone’ and he’s never let go of the true spirit of rock ’n roll!” says the L.A. Daily News. “Thorogood is a guitar-blazing revivalist whose enthusiasm and showmanship make the music fresh,” says the Baltimore Sun. “He’s got charisma and personality to burn, a fact that becomes evident the moment he walks on stage,” says the Milwaukee Journal Sentinel.

Even as Thorogood prepares for the release of his first solo album (to be released on Rounder), the new tour promises to raise the bar, rock the house, and tear off the roof like never before.

“We play for a different audience every night and that keeps it fresh,” he says. “There are people who’ve never seen us before, and we have to impress them. There are fans that keep coming back, and we want to surprise them.”

With more than 40 years, 15 million albums sold, and 8,000 live shows after it all began, the title “professional rock performer” still means something to the man and his music. “This is my job,” Thorogood says with pride. “I’ve always loved it, and I love it now more than ever.”

From a birthday party in Wilmington to concert stages around the world, it’s been one of the most credible and uncompromising rides in American music. Today, one badder-than-ever guitar-slinger and his band are back to play like they still have something to prove. For George Thorogood and the Destroyers – as well as for millions of fans old and new – the Rock Party starts now. 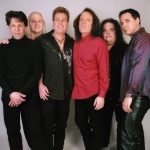 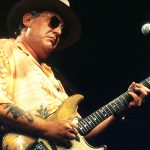