It has been announced that Emmy-nominated actor and comedian Billy Gardell, star of CBS’ “Mike & Molly” and CMT’s “Sun Records,” will perform stand-up at the Sands Bethlehem Event Center on Saturday, Nov. 18 at 8 p.m.

Tickets, which are $35, plus applicable fees, go on sale this Friday, April 7 at 10 a.m. and can be purchased at sandseventcenter.com, the Event Center box office (77 Sands Blvd., Bethlehem), ticketmaster.com and all Ticketmaster outlets, or by phone at 800-745-3000.

Billy Gardell starred in the hit CBS television series “Mike & Molly” as Officer Mike Biggs with Melissa McCarthy as Molly Flynn from 2010-2016, and the show continues to air in syndication to this day.

As a follow-up, Gardell has taken a dramatic turn in the CMT series “Sun Records” as Colonel Tom Parker, the infamous manager of Elvis Presley. The drama series was inspired by the Broadway musical.

In 2016, he received a Daytime Emmy nomination as Best Gameshow Host for “Monopoly Millionaires’ Club.” Before “Mike & Molly,” Gardell co-starred in the critically acclaimed television series “Lucky.” His other television credits include “Heist,” “The King of Queens,” “Yes, Dear,” “Judging Amy,” “My Name is Earl,” “The Practice,” “Monk,” and “Gary the Rat.”

He made his major motion picture debut alongside Anthony Quinn and Sylvester Stallone in the mafia comedy film “Avenging Angelo” and had a memorable scene with Billy Bob Thornton in “Bad Santa.” He also appeared in “You, Me and Dupree.”

Gardell attended Winter Park High School in the mid 1980s and was a member of International Thespian Society Troupe 850 (other notable alums include Amanda Bearse and Ben Rock from “The Blair Witch Project”), where he was known for comedic roles. Beginning as a touring comedian at the age of 19, Gardell has opened for famous comedians including George Carlin and Dennis Miller, later appearing on Miller’s show “Dennis Miller” on CNBC conducting “man on the street” interviews. Notably, he created and staged an SNL-style performance of a piece called “Winter Park Live,” with all the funds received going to Comic Relief. He makes weekly appearances on hometown local radio station WDVE.

As a stand-up comic, Gardell took the long road to Hollywood, stopping at every small town lounge, military base, and comedy club along the way. His comedy act took him to Los Angeles, where his dedication to acting, along with touring as a stand-up comedian, allowed him to grow consistently in both arenas. His stand-up show is a powerhouse. His grounded, down-to-earth point of view strikes a strong chord with American audiences. Stories about his rough childhood, wild adolescence, and new family life are executed with the skill of a master craftsman. His comedy specials include “Billy Gardell: Halftime,” which premiered on Comedy Central, and “Billy Gardell Presents Road Dogs” for Showtime.

A native of Pittsburgh who currently lives in Los Angeles, Gardell loves Steeler football, stand-up comedy, and his wife Patty and son Will. 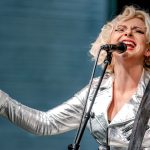 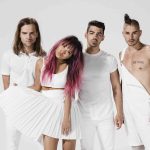 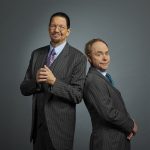