It seemed the closest that Tool would get to Northeastern Pennsylvania on their 2017 touring schedule would be their upcoming appearance at the Governors Ball Music Festival on Randall’s Island in New York City, but it was announced today that the platinum-selling progressive metal band will be stopping at the Giant Center in Hershey on Thursday, May 25 at 7:30 p.m.

The band emerged with a heavy metal sound on their first studio album, “Undertow,” in 1993 and later became a dominant act in the alternative metal movement with the release of their second album, “Ænima,” in 1996. Their efforts to unify musical experimentation, visual arts, and a message of personal evolution continued with “Lateralus” in 2001 and the most recent album, “10,000 Days,” in 2006, gaining the band critical acclaim and commercial success around the world.

Due to Tool’s incorporation of visual arts and very long and complex releases, the band is generally described as a style-transcending act and part of progressive rock, psychedelic rock, and art rock. The relationship between the band and today’s music industry is ambivalent, at times marked by censorship and the band’s insistence on privacy.

The band is currently working on a new album.

The wristband policy will be in effect for this event. Fans are permitted on the Hersheypark Entertainment Complex property beginning at 7 a.m. on April 15. Two hours prior to the on-sale, fans will be directed in front of Giant Center box office, where they will be issued a numbered wristband. Wristbands are available for one hour, and at the conclusion of that hour, a selected fan will randomly choose a wristband that will determine the line order. 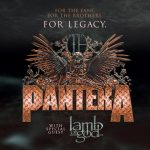 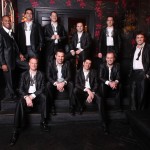