TURN TO CHANNEL 3: ‘Hotel Mario’ is the worst stay you can have in the Mushroom Kingdom 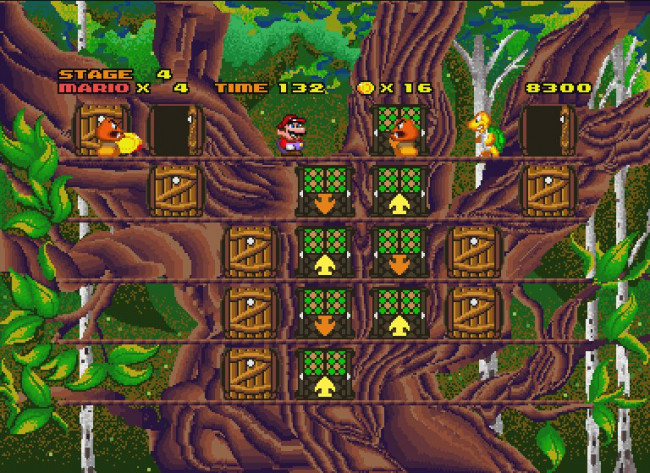 The year is 1991, and the gaming scene was on the cusp of a revolutionary new change in the form of compact discs taking over. Games could have more memory, so developers could create vast ideas that cartridges would generally confine them from doing. The ongoing Sega/Nintendo war was raging as gamers took sides in the Genesis vs. Super Nintendo debates in school cafeterias across the country, and like any self-respecting gaming company would, Nintendo wanted a piece of that new pie.

An agreement was in the works with Sony that would have created a disc drive for the SNES called the PlayStation. However, as any good company creating such technology would, Sony wanted a large cut of the profit for the add-on, as well as the right to brand it with their logo. Without warning, Nintendo canceled this deal, moving to Sony’s rival, Philips, to make the same add-on. Scorned, Sony’s research and development team would turn this add-on into a full-fledged system in the form of the Sony PlayStation in 1996 to rival the Nintendo 64. There are actually some SNES consoles with the add-on that you can see online; that’s how close this came to becoming a reality.

As for Phillips, they too would feel the scorn of Nintendo, who backed out of this deal, but not before they demanded the use of several Nintendo characters in their games, leading to three of the worst games to ever have these characters attached to them, which brings us to today’s topic. April will continue the Turn to Channel 3 tradition of “Foolishly Bad Games” month, which kicks off with the first of these three games, “Hotel Mario.” It can be played on what is about the size of an early VCR, and it’s as bulky as that suitcase you packed to the brim for this awful hotel stay – the Philips CD-i!

So throughout this review, I’d like you to imagine me shaking my head and rubbing my eyes from the sheer absurdity of what I’m playing. That way I can at least feel like I’m not in this alone.

“Hotel Mario” contains one of the most repetitive and quickly annoying soundtracks of any game I’ve ever played in my life. I get it, Mario games have always had music that is used throughout a game, but it has always created fond memories, not nightmares you want to wake up from. The music, while upbeat and cheery, begins to grate on you with its carnival-like sound. The sound effects are nearly nothing, and what’s there doesn’t even sound like what Mario sounds like while stomping Goombas and collecting coins. Oh, sure, there are the sounds of elevators and doors slamming shut, but they too get real annoying real quick.

I will discuss these more below, but the voiceovers in the cut scenes (yes, a Mario game with full motion video cut scenes) are only good for YouTube Poop magic and nothing more. I still chuckle at how Luigi says spaghetti with such exuberance in the beginning.

You know what’s amazingly disappointing? For a game that’s supposed to be an example of this technological advancement called CD-ROMs, I feel like I’m looking at a poorly made early SNES game as far as the graphics go, which I’m sure isn’t what developers were going for here.

While this can be said for the game overall, this is a situation that can only be compared to the folks behind Shasta trying making a Pepsi product. Visually, this is as gross as a glass of flat soda. Speaking of flat, I don’t know who, or even what, made these cut scenes in the game, but they need their artistic license revoked immediately. Good lord, what a mess!

Speaking of messes, you will feel as if you stepped in one as you play through “Hotel Mario,” and for good reason. Each level doesn’t feel much different than the last, with the task of closing all the doors in each level being the primary hook of the game. If this sounds really boring to you, trust me, you’re not alone. The only thing breaking up this monotony is facing off against one of the Koopalings to advance to the next section of the game but, in truth, these are no big deal and, once again, you are thrust back into the insomnia cure of closing doors and collecting coins.

Keep this in mind – a company like Philips had the chance to create a good, if not great Mario game, and after “Super Mario’s Wacky Worlds,” their take on “Super Mario World,” was canceled, this was the best they could come up with while possessing the technology to do great things.

With graphic artists who called the work they were tasked with “mechanical” and “visually no fun” at first, not even adding elements from Disney and J.R.R. Tolkien could save this monstrosity to the eyes. The voiceover work is just ridiculous, and critics largely regard this as just a rubbish version of “Elevator Action” with the Mario name slapped on it. Even the most diehard Mario fans try to put this game out of their memory, right there with the “Super Mario Bros.” movie. This is almost universally regarded as the worst Mario game ever, and who am I to argue? I had to take some Motrin after this headache of a game.

If you wish, a copy of “Hotel Mario” can be obtained for somewhere between $40-$65, depending on if you want a complete copy or not. Of course, I can think of at least three other things you could waste that money on before purchasing this, but I’d rather just pack up and go home now.

Next time on Turn to Channel 3, we delve further down into the sinkhole of the CD-i with “Zelda: The Wand of Gamelon.”

Until then, keep me in your thoughts as you play far better games and game on!