TURN TO CHANNEL 3: It’s villainous to call ‘Link: The Faces of Evil’ a Zelda game 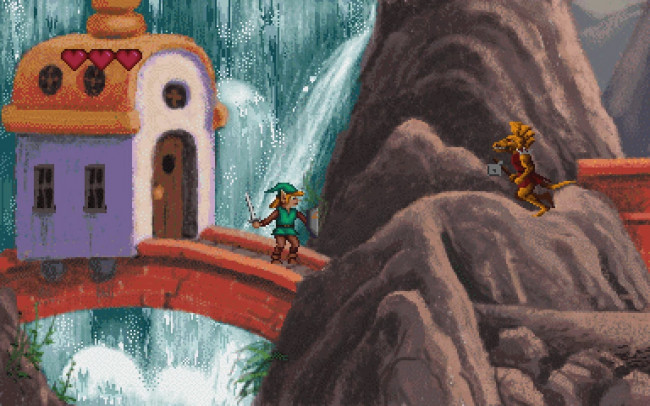 I don’t usually discuss things outside of video games in these reviews, but this ties into our topic today. Would you believe that my laptop charger conked out on me? It is as if even my computer knew what I was reviewing this week. I’m sorry, trusty laptop, but this has to be done.

A new charger was purchased, so here we are, staring down the barrel of quite possibly the worst Zelda game in the history of the franchise, “Link: The Faces of Evil” for the Philips CD-i, and while my former laptop charger may have dropped dead at the mere sight of it, I am here, standing bravely like our titular hero, and I have no idea why.

Some critics believe that the soundtrack to this game is actually above average. Compared to what, may I ask? The sounds of a baby screaming at 4 a.m.? The snoring of an old man on loop? Because the bottom line here is this is another soundtrack that is so generic and cookie cutter in comparison to the soundtracks of other “Legend of Zelda” games that are actually remembered fondly and not buried within the mind in hopes that it was the Mandela Effect.

If you’re not looking for anything special, then you won’t be let down, but there are no “Song of Storms,” “Dark World,” or “Temple” themes here, my friends.

You could call the graphics in “Faces of Evil” unique, which is a nice way of saying that they look like drab paintings that were buried in a barn somewhere and then sold on “Antiques Roadshow” for thousands of rupees, only to have the price plummet the following year. The characters – from our hero, who looks more like a Keebler elf and less of a threat to Ganon than a crossing guard, to the enemies, many from the equally awful “Zelda: The Wand of Gamelon” – appear scrunched up, dried out, and just plain boring.

Oh, and those nightmare-inducing cut scenes are here too, although they appear a bit more grainy than the ones in “Zelda: The Wand of Gamelon” while still packing enough of a punch to create thousands of Internet memes and YouTube Poop videos to last a lifetime… my boy.

Sorry, I had to get that one in there.

Oh, and trust me, a certain Hero of Time needs to hand in his man card for this game. What a whiny little prima donna he is in this.

Whereas “Wand of Gamelon” was more forgiving with hit detection, “Faces of Evil” is brutal in this regard, with some enemies being impervious to your sword at times as we continue to rely on rupees for weapon power and go on ridiculous fetch quests, the most infamous being farming for snowballs. That’s right, kids, why play “Ocarina of Time” when you can go get snowballs for wizards and villagers?

Very little in this game makes any sense but, hey, they needed a male counterpart piece of crap to go along with “Wand of Gamelon,” so they accomplished that in spades!

“Faces of Evil” is neck and neck with “Wand of Gamelon” for the biggest abomination in gaming history for me, and it is definitely the worst Zelda game I’ve ever played.

Or was it “Wand of Whatever?”

Next week, join me for, thankfully, our final week of “Foolishly Bad Games” month here on Turn to Channel 3 as we finish up with “Sewer Shark.”

Until then, remember, I’m doing this so you don’t have to! Grab a better game – any game, really – and game on! 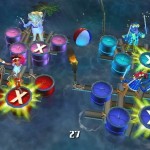 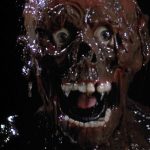