I’m a lover of film – a cinephile, if you will. I see, at minimum, a movie in the theater per week. Observant readers have probably seen my movie reviews on this very website.

So, like so many other film fans in Northeastern Pennsylvania, I was incredibly excited when I found out that downtown Scranton was about to be graced with a brand new movie theater.

My anticipation grew even more when I found out it would be in the style of Austin, Texas’ Alamo Drafthouse, a theater serving gourmet food and alcohol to go along with your moviegoing experience. Dinner and a show in the modern age – that sounds like something I could get behind.

Over the past year or so since the theater was announced, I kept my eye on the location as it progressed. Sitting right across from the newly renamed Marketplace at Steamtown, I passed by it at least once a day as I went around town.

Finally, on Friday, April 28, the doors of the brand new Iron Horse Movie Bistro opened to the public for the first time. I couldn’t resist the chance to check it out.

The theater (301 Lackawanna Ave., Scranton) offers up to four hours of free parking in the Penn Avenue garage, redeemable with a ticket provided when you enter your movie.

The first thing that stood out to me was how simple it was to buy tickets. Being able to reserve and select exactly what seat you want is fantastic. Knowing that you’re going to have exactly what seat you want is awesome. You don’t need to worry about fighting through a packed theater with your date, hoping for two seats together that still have a decent view of the screen.

You can purchase the tickets on site at the theater via a handy automatic teller in the lobby, the theater’s website, or apps like Fandango.

There are a wealth of options to get seats, and you can reserve them more than a week in advance for big releases, like the upcoming “Guardians of the Galaxy Vol. 2” or “Thor: Ragnarok.”

When you finally reserve a seat, the theater recommends arriving about 30-45 minutes early to grab a bite to eat and a drink in the theater’s lobby bar.

Now, this was one of the selling points of the theater for me. The idea of being able to grab tasty food and a brew while out at a movie is basically an ideal situation, if you ask me.

My girlfriend and I went to a 10:30 showing on opening night and ordered boneless wings, pork tacos, and a couple of drinks. 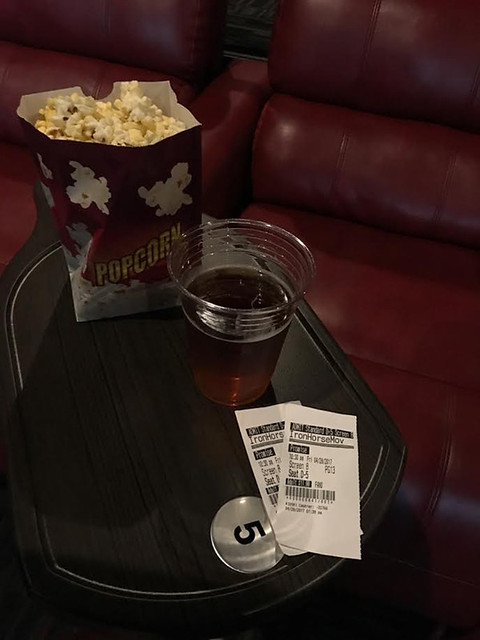 So here’s my biggest issue with the theater so far – the food, in my opinion, is thoroughly mediocre. There was nothing really wrong with it, it was by no means bad, but it wasn’t exactly what I was expecting.

I was expecting much more variety on the menu, something similar to the menu at Ale Mary’s just a few blocks away. Unfortunately, it was nowhere near as expansive or varied as I initially expected.

The drinks, however, were great. They have a pretty expansive variety on tap, such as Yuengling, Blue Moon, and Angry Orchard, along with bottles and mixed drinks available. The full food and drink menu is available online.

I saw the historical drama “The Promise,” which boasts a lengthy two hour and 14 minute run time. Thankfully, my seats were perfect for that marathon of a film.

Seriously, these seats are the best of all the theaters in the area. And it’s not even close.

Not only are they big, wide seats but they are plush and soft, almost pillow-like. They blow the seats at Regal and Cinemark out of the water.

The theaters are well air-conditioned, making sure you won’t stick to the seats in the summer heat, but not so cold that it makes the leather ice cold.

It was a Goldilocks situation, just right for sitting back, sipping a brew, and enjoying a movie.

Since the button for the electronic reclining system is on the inner arm of the seat, I did press it accidentally while shifting in my seat a couple times, so keep an eye on that. It can be pretty startling in a dark theater if you’re not expecting it.

I do wonder about the long-term durability of the leather on the seats, however. I hope they remain as nice as they are now for years to come.

I didn’t notice any huge differences in the sound system, honestly, when compared to other local theaters. Nothing sounded bad or off, but nothing stood out as spectacular about it either. Maybe my ear just isn’t keen enough to pick up on subtle differences in movie theater sound systems like others could. Whatever the case, the movie sounded fine to me!

Overall, the Iron Horse delivers a pleasant ride that adds a little something more to your local theatergoing experience. It may not exceed your expectations with its food, but it does reach a new level of comfort with plush reclining seating and a cold beer in hand. With so many blockbusters coming out soon, it’s worth pulling into this station to see your next movie here. 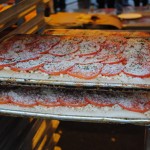 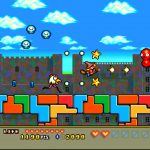 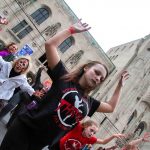