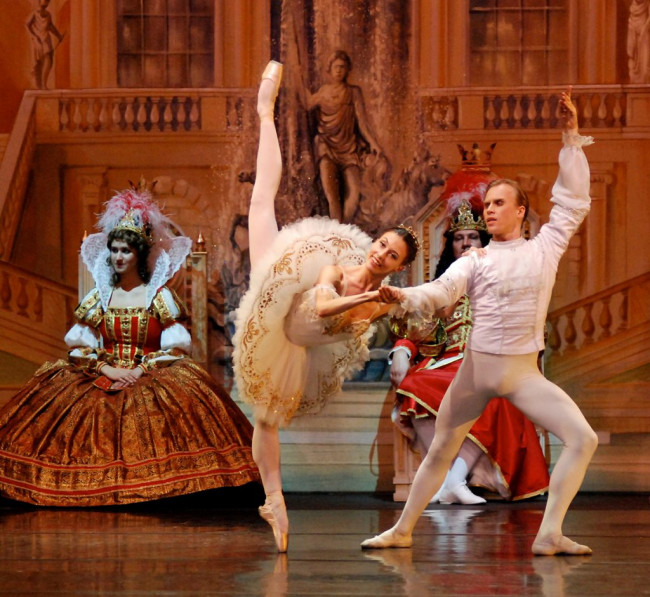 The State Ballet Theatre of Russia will perform one of the world’s most beloved classic ballets, “Sleeping Beauty,” at the Hershey Theatre on Saturday, Feb. 3, 2018 at 7:30 p.m.

This full-scale production, choreographed by the famous Marius Petipa, features detailed sets and costumes, along with authentic Russian choreography. It is based on the Brothers Grimm version of Charles Perrault’s “La Belle au bois dormant,” a timeless fairy tale of a princess cursed to sleep for 100 years.

Considered one of composer Pyotr Ilyich Tchaikovsky’s greatest jewels, he completed work on the score for “Sleeping Beauty” in 1889. It was the second of his three ballets, the first of which was “Swan Lake,” composed in 1876. He was commissioned by the director of Russia’s Imperial Theatre to create the score for his third ballet, “The Nutcracker,” following the success of “Sleeping Beauty.”

“Sleeping Beauty” received its premiere on Jan. 15, 1890 at the Mariinsky Theatre in St. Petersburg.

The State Ballet Theatre of Russia, based in the city of Ufa, hometown of legendary ballet dancer Rudolf Nureyev, will present 55 of Russia’s brightest ballet stars to bring this romantic celebration of true love to glorious life at the Hershey Theatre. Critics have raved; the Palm Beach Daily News called the performance an “effortless precision,” and the New York Times wrote that it was “full of enchantment.”