Progressive metal band Tool surprised many longtime fans on the second stop of their 2017 U.S. tour at the Giant Center in Hershey on Thursday, May 25 by performing “Eulogy,” a song from their influential 1996 album “Ænima” that they haven’t played live since 2001.

Frontman Maynard James Keenan, who also sings in A Perfect Circle and Puscifer while running his own winery in Arizona, took the stage wearing sunglasses and dressed in full police riot gear with a parody of a Starbucks logo on the chest, its lettering replaced with the words “I ♥ guns and coffee,” as trippy animation played on a giant screen behind the band and moving lights beamed out into the audience.

While Keenan did not address it directly, some have speculated that they may have played “Eulogy” in honor of Chris Cornell, whose funeral was held the following day. Cornell, the beloved singer of another ’90s rock band, Soundgarden, committed suicide on the morning of May 18 in his hotel room after a concert in Detroit. This may just be a coincidence, however, as the song’s meaning does not really fit this context.

While there are a few video clips floating around, none sound quite as good or are complete:

The next closest Tool shows will be tomorrow at the Blue Cross Arena in Rochester, New York and their headlining slot at the seventh annual Governors Ball Music Festival on Randall’s Island in New York City on Sunday, June 4. It will mark their first concert in New York City in 11 years. 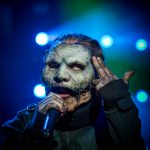 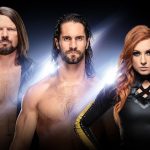