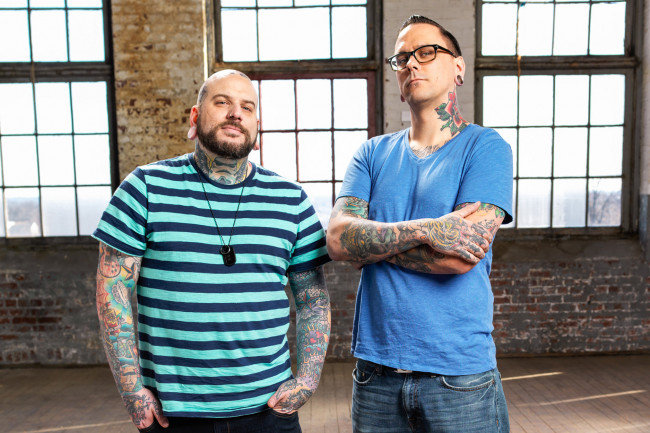 Northeastern Pennsylvania was well-represented in the last season of “Ink Master” on Spike TV – Shavertown resident and Kingston tattoo artist Ryan Ashley Malarkey not only won the reality competition, taking home $100,000, but she also became the first female Ink Master, even earning her own special, “Ink Master Angels,” due out later this year.

Now, as Season 9 of the hit series is set to premiere on Tuesday, June 6 at 10 p.m., it has been announced that another local artist, Derek Zielinski of Plains, will be competing for the grand prize, which has doubled to $200,000, along with an editorial feature in Inked magazine. For the first time in the show’s history, the artists in this season will be working in pairs, so he’ll be joined by Thom Bulman, who he works with at Classic Trilogy Tattoos in Mattydale, New York, for “Shop Wars.”

Zielinski, who also tattoos locally at Glass Heart Tattooing & Arts (30 E. Carey St., Plains), has 12 years of experience under his belt and believes that his detailed, realistic artwork will speak for itself, according to his “Ink Master” bio:

Derek Zielinski says he’s pretty sure he’ll get under people’s skin in the competition. Zielinski, who is into a holistic and vegan living, says that just because his lifestyle is clean doesn’t mean he won’t fight dirty to win it all. The Classic Trilogy Tattoo artist, whose styles include traditional, portrait, new school, and realism, is confident that his work will do all the talking.

Bulman’s specialty is new school and cartoon-style tattoos and, combined, they run a “cool nerd shop” and plan to build off each other in the competition, as they explain in their introductory video for “Ink Master:”

Eight other shops from across the country will challenge Zielinski and Bulman for the title of Ink Master. Each week, their skills and creativity will be tested and judged by musician, filmmaker, and artist Dave Navarro and world-renowned tattoo artists Chris Nuñez of “Miami Ink” fame and Oliver Peck of Elm Street Tattoo.

Produced by Truly Original, “Ink Master” averaged 2.1 million viewers during Season 8, with the live finale drawing 2.2 million viewers. Whether or not Zielinski and Bulman win the grand prize, their lives will certainly be changed forever by that kind of national exposure, and their hometowns will be rooting for them all the way. Maybe NEPA can welcome home another winner.

Watch a trailer for the upcoming season below: 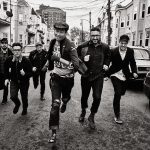