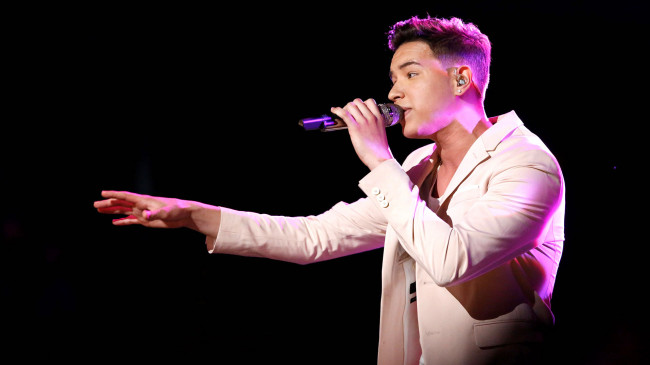 19-year-old Mark Isaiah of Mount Pocono has endured some stiff competition since he burst onto the national stage in his excellent blind audition in the Season 12 premiere of “The Voice” on NBC on Feb. 27, singing Shawn Mendes hit “Mercy” and instantly gaining thousands of fans across the country, including coach Adam Levine. He avoided elimination several more times since then, making it into the Top 11 the last time we checked in.

After squeezing into the Top 10, however, his public journey through “The Voice” ranks on Team Adam came to an end last night.

On Monday, May 1, Isaiah went looking for love with Lil Wayne’s “How to Love,” though this only put him in the bottom two in that round:

But on Tuesday, May 2, his rendition of “7 Years” by Lukas Graham earned him another instant save that knocked out Stephanie Rice from Alicia and placed him in the Top 10:

His Top 10 performance saw him sit behind a piano for part of Harry Styles’ “Sign of the Times,” but he ended up in the bottom three once again:

On the brink of elimination, he attempted to save himself with another Justin Bieber tune, “Sorry,” on Tuesday, May 9:

But in the end, America saved Vanessa Ferguson from Team Alicia instead:

He graciously thanked fans across his social media pages for helping him get as far as he did and promised that this would be “just the beginning” of his musical career:

YOU GUYS ARE THE BEST! I would've never gotten this far without you! Love you all!! This is just the beginning!! ❤️ #teammark #Markers pic.twitter.com/yCGNKkqaa9

“The Voice” team responded, calling him “a star” and “one of the nicest guys we’ve ever had the pleasure of working with:”

@Markisaiahmusic Thank you for being one of the nicest guys we’ve ever had the pleasure of working with. You are a star! #VoiceResults

We agree and doubt that this is the last we’ll hear from Mark Isaiah as he continues his musical career, which is now in the national spotlight thanks to his hard work under an immense amount of pressure over the last three months. A star is born.