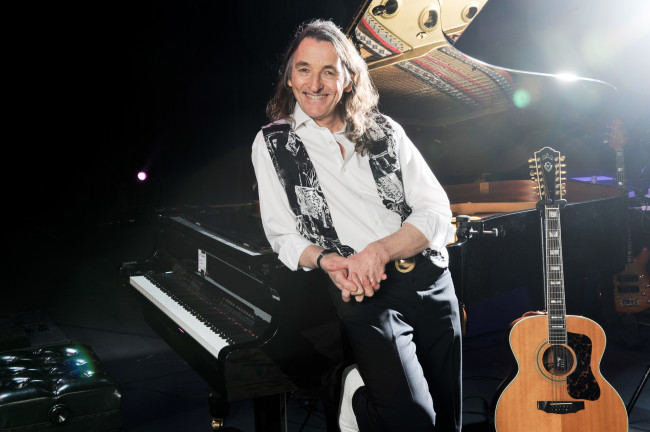 English singer/songwriter Roger Hodgson, best known for the hits he performed with progressive rock band Supertramp, including “Give a Little Bit,” “The Logical Song,” and “Dreamer,” will play these songs and many more at the Sands Bethlehem Event Center on Friday, Oct. 6 at 7 p.m. as part of his Breakfast in America World Tour.

Roger Hodgson co-founded Supertramp in 1969 and was with them until his departure in 1983. During those 14 years, he wrote, sang, and arranged most of the enduring rock standards that made Supertramp a worldwide phenomenon. His timeless classics such as “Give a Little Bit,” “The Logical Song,” “Dreamer,” “Take the Long Way Home,” “Breakfast in America,” “School,” “Fool’s Overture,” and “It’s Raining Again” helped the band sell well over 60 million albums.

While many may not recognize the name Roger Hodgson, everyone recognizes his signature voice – one of the most distinctive voices in rock history. The classic hit songs that he wrote and sang, often referred to as “Supertramp” songs, are actually Roger Hodgson songs.

In 2017, Hodgson continues to perform all these hits that he first recorded with Supertramp along with his other classics – “Sister Moonshine,” “Child of Vision,” “Hide in Your Shell,” “Even in the Quietest Moments,” – and fan favorites from his solo albums like “Had a Dream,” “Only Because of You,” “Lovers in the Wind,” “In Jeopardy,” and “Along Came Mary.” Accompanied by a stunning four-piece band, Hodgson’s Breakfast in America Tour will bring him to many countries around the world.

Hodgson has toured worldwide, selling out shows all over the globe and receiving fantastic reviews from media and fans alike. He is performing both public and private concerts in a variety of formats – solo, with a backing band, and with a symphony orchestra. Consistently uniting four generations at his concerts, Roger transports baby boomers back to their youth and gives younger generations a taste of why his heartfelt songs have endured.

He continues to compose music and write lyrics and has over 60 unreleased songs, some of which he plans to record when the time is right. He compares his writing process to an artist painting a picture, keeping it close to his heart until the picture is complete before he shares it with the world.