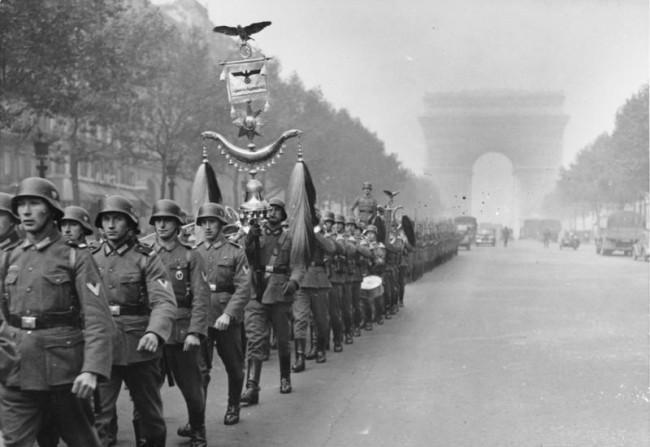 Community theatre group Actors Circle will present the historical drama “Paris/Stalingrad” at the Providence Playhouse in Scranton on Thursday, July 20 through Sunday, July 23.

Written and directed by Lou Bisignani, the original play takes place during World War II. In 1940, Paris is under siege and suffering Nazi occupation. At the Café de Marque, the occupiers are entertained by Edith Piaf while the French Resistance operates from the cellar of that very same café. Resistance members plan while the Gestapo hunts for the French patriots. In 1943, during the Battle of Stalingrad in the basement of a bombed out building, a lone German soldier, wounded and lost, encounters a Russian woman. The enemies face each other and their destiny as the battle rages around them.

Lou Bisignani has spent nearly five decades in live theatre. He is a founding member of Actors Circle and has also worked with the Scranton Public Theatre and award-winning actor/playwright Jason Miller. In addition to being a well-known character actor in Northeastern Pennsylvania, he is a prolific director and designer.