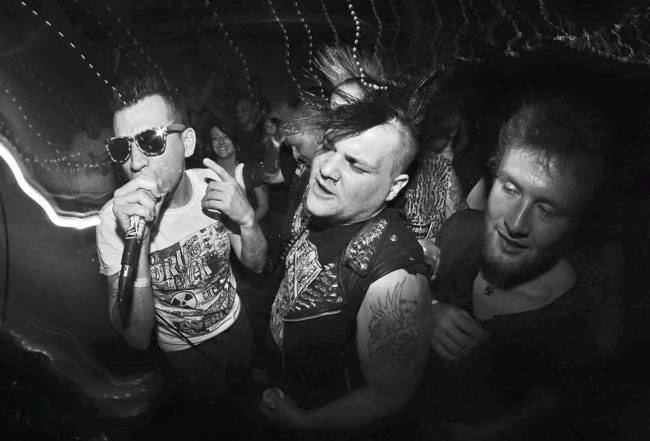 Get ready to pogo – New Jersey street punk band Blanks 77 will play at the Irish Wolf Pub in downtown Scranton on Saturday, July 22 with local punk rockers Heart Out, The Queeftones, and The Disorders.

Doors at the Irish Wolf Pub (503 Linden St., Scranton) open at 8 p.m. Tickets are $10 and can be purchased in advance via Eventbrite or at the door. For more information, see the Facebook event page.

Originally based in Hillside, New Jersey and now living in Denville, Blanks 77 formed in 1990 and was active until 2001, reuniting in 2004 with their classic lineup and continuing onward.

The band – Mike Blank, Renee Wasted, Chad 77, and Tim “TJ” Blank – has maintained a prolific career, releasing three albums and numerous EPs, appearing on numerous compilations, touring Europe twice and the United States countless times, and sharing the stage with other well-known punk acts, such as The Misfits, Rancid, Dwarves, The Business, Bad Brains, The Bouncing Souls, One Way System, Anti-Nowhere League, Anti-Heros, Dropkick Murphys, GBH, The Criminals, UK Subs, Total Chaos, and tons of bands that they were too drunk to remember.

They came up with the name “Blanks” because their minds were blank at the time. After the Blanks got reviewed in a magazine, another band notified them that the Blanks was already taken. ’77, which stood for 1977, the year most punk rock bands started, was then added onto their moniker. Blanks 77 signed with Nasty Vinyl and released their first full-length album, “Killer Blanks,” in Germany. The band then signed onto Radical Records and re-released “Killer Blanks” in 1996 with four additional tracks. In 1997, Blanks 77 came out with their second album, “Tanked and Pogoed,” and 1999 saw the release of their newest full-length record, “C.B.H.”

Blanks 77 are known for their crazy live shows coast to coast and all over the world; any mohawked punk aficionado knows who they are. After reuniting with their original drummer, Chad 77, they played a number of shows around the New York/New Jersey area throughout 2006, including B.B. King’s with the reformed Germs, the Kitting Factory with Bouncing Souls, a George Tabb benefit at CBGB, and the Nail in the Coffin fest in Bound Brook, New Jersey with a host of up-and-coming local Jersey teen punk outfits, just proving that Blanks 77 will always remain a part of the local underground scene.

In 2016, they released “Gettin’ Blasted” on Jailhouse Records, a split with fellow Jersey band The Parasitix. 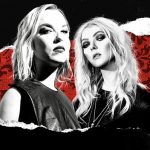