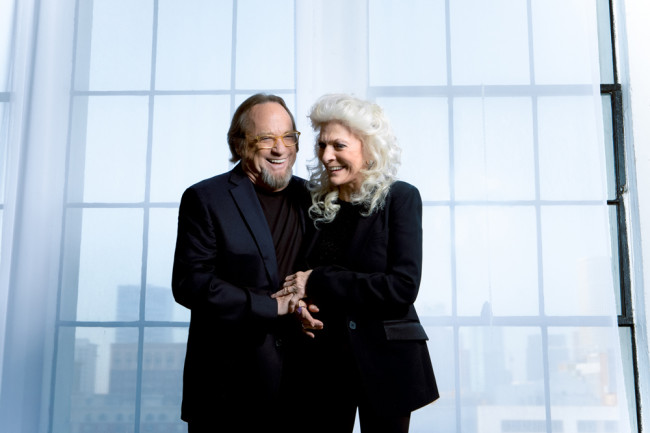 It was announced today that iconic singer/songwriters Stephen Stills and Judy Collins will reunite for one unforgettable evening at the F.M. Kirby Center in Wilkes-Barre on Wednesday, Sept. 27 at 7:30 p.m.

50 years ago, singer/songwriter Stephen Stills met singer/songwriter Judy Collins, known for her piercing ocean blue eyes. Their tumultuous love affair would later be immortalized by Stills with his composition “Suite: Judy Blue Eyes,” performed by Crosby, Stills & Nash on their landmark debut album. From there, both artists would go on to shape modern music with visionary approaches, but Stills and Collins’ short fiery union remains a transformative era for the two artists.

This fall, the two icons of folk will celebrate the golden anniversary of their formative relationship by taking the stage together for the very first time. The two music legends will pull from their rich catalogs, debut songs from their upcoming album, and share warm and intimate stories from their journeys.

Outside of music, Collins has published two memoirs, one novel and, in 1975, was nominated for an Academy Award for the documentary “Antonia: A Portrait of the Woman.” Collins is also a lifelong activist.