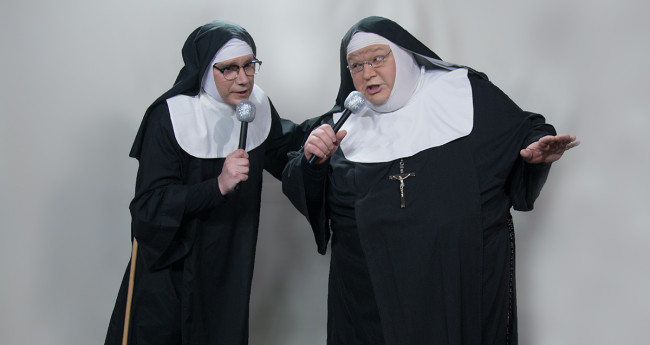 “We are so pleased to welcome back the cast and crew of Our Cabaret Productions to our home,” said Jackie Galvin, director of development and communications for the Little Sisters of the Poor at Holy Family Residence.

“Our Cabaret’s production of ‘Nunsense’ last summer brought us so much joy seeing the happiness in our guests’ faces as they exited our auditorium following the show. The show also served a wonderful fundraiser for our residents. We are truly looking forward to hosting Our Cabaret again this August and seeing just what the Little Sisters of Hoboken have planned at their special thank-you show.”

This event is a collaboration of two “Nunsense” veterans, Rob Misko and John Baldino, who have been involved in productions of the show for over two decades. Baldino produces and Misko directs. No production team in Northeastern Pennsylvania has more experience with the “Nunsesne” franchise, and Our Cabaret Productions is the only professional production company in the region to mount this acclaimed musical comedy. 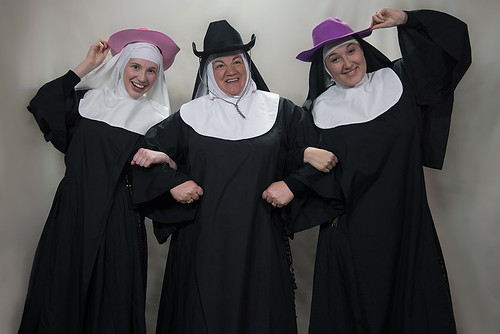 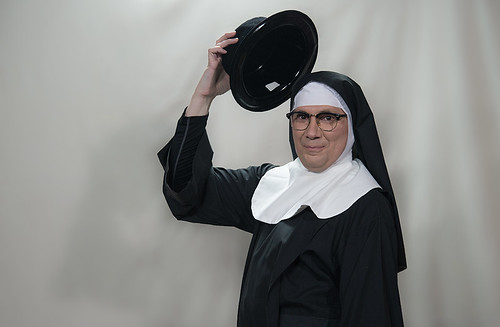 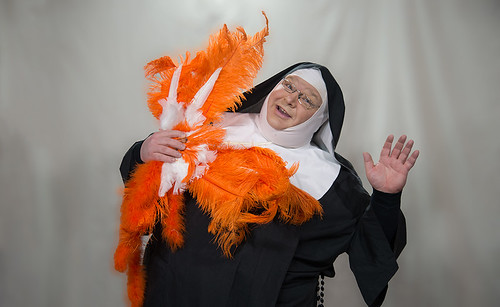 “What really makes this show work is that it’s real,” says Misko. “Presenting the Sisters as real people, and not campy caricatures, is the essence of the show. John and I understand the humor of the nun because we know so many religious Sisters so well. We were both taught by nuns.”

“I have a tremendous respect and love for religious Sisters,” adds Baldino. “I’ve worked with Sisters my entire adult life, and that’s what makes me love the ‘Nunsense’ shows. Working with Robby makes it even better, as we have the same vision for the show and are true to Dan Goggin’s original intention.”

“Nunsense II” takes place one year after the Sisters have staged their first benefit. The sisters are back presenting a thank-you show for all the people who supported them in the past. But now, they’re a bit slicker, having been “bitten by the theater bug.” The show stars Misko as Reverend Mother and Baldino as Sr. Mary Hubert. Completing the cast are Sarah Wagner as Sr. Mary Leo, Christine McGeachie as Sr. Mary Paul (Amnesia), and Taylor Patullo as Sr. Mary Robert Anne.

Tickets for the show, which are $20 in advance or $25 at the door, are available at ourcabaret.com or by calling the 24/7 toll-free box office at 1-800-838-3006. Seating is limited, so advance tickets are highly recommended.

“Nunsense II: The Second Coming” is produced by Our Cabaret Productions through a special arrangement with Tams-Witmark Music Library in New York City. All net proceeds will benefit the Little Sisters of the Poor.