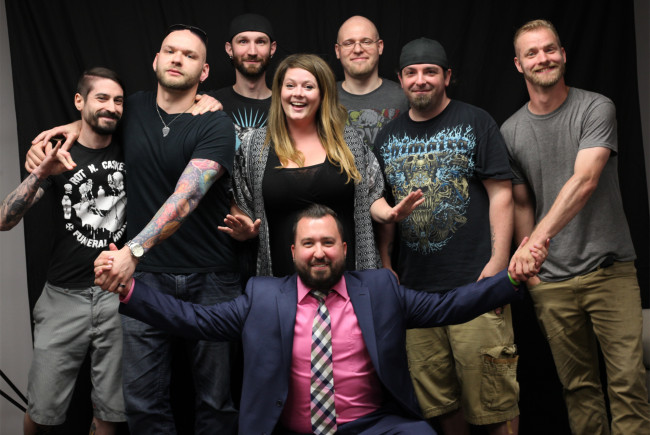 In Episode 14, we sit down with all five members of Scranton metal band Behind the Grey, who won Album of the Year in the 2016 Steamtown Music Awards.

We discuss their musical origins and how they’ve developed into their current incarnation; lineup changes, long friendships, and each member’s contributions to the band; the music business and the importance of learning from past mistakes; signing with the Inner Light Agency in Los Angeles and the benefits of having professional management; writing new music for their upcoming EP, “Treason,” and its inspirations; memories of playing at their favorite venues locally and nationally; a benefit show personal to drummer Mike Boniewicz that he organized called Concert for Casen benefit that they’re playing this Sunday, June 25 at Oak Street Express (610 N. Main St., Taylor), and more. We also answer some questions and comments from live viewers with a little ball busting in between.

In The Last Word segment, we talk about local high school student Peter Butera, the valedictorian and president of Wyoming Area Secondary School’s Class of 2017 who made national news and appeared on “Jimmy Kimmel Live” after going off-script with his graduation speech last Friday, criticizing the Wyoming Area School District administration before the principal cut his mic. We debate if he did the right thing by expressing what many students were thinking and read comments from viewers made before and during the show.