Once a hardcore punk musician, Bucks County indie rapper Aayu embraced hip-hip in 2007 and hasn’t looked back since.

No matter what style of music Mark Ciccone created over the years, however, it was always made with a love for his hometown roots, which has never been more evident than in the new music video for “State I’m In” featuring King Magnetic, an Allentown rapper featured in Army of the Pharaohs, Jedi Mind Tricks, and collaborations with artists like Cappadonna from Wu-Tang Clan and Slug from Atmosphere.

Premiering exclusively on NEPA Scene, the video and its funny tongue-in-cheek introduction was shot and edited by Philadelphia electronic musician and filmmaker Davron Mananov.

“‘State I’m In’ is a record about Pennsylvania. I’ve been all over the country and have moved from state to state over half my life, but always migrate back to PA. I am, and always have been proud to be, from this state, specifically Bucks County. Once I started working on the song with King Magnetic, who is also from PA, the theme just felt natural,” Aayu, once a Dunmore resident who headlined the 2013 Culture Shock Music Festival in Scranton, told NEPA Scene.

“I grew up with music and artists that were always proud to represent where they are from, whether it was New York hardcore or Philly hip-hop. The artist’s hometown always bled through into their music, and that was always inspiring to me. Some of my favorite bands and rappers are from PA, so I am honored to be a part of this state’s culture.” 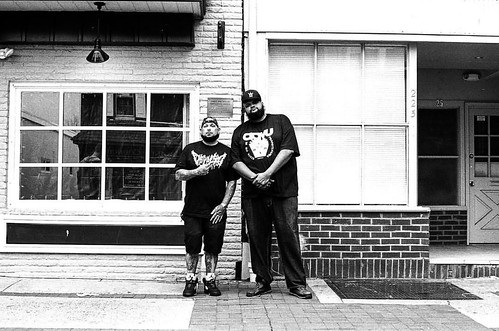 This is the second of three singles from the progressive hip-hop artist leading up to the release of his latest EP, due out this fall. It will be co-produced by famed Philly producer Stress the Whiteboy (Gym Class Heroes, Reef the Lost Cauze, Vinnie Paz) as a follow-up to his 2012 EP, “The Blacklister.”

“I was pretty much blacklisted from the Philadelphia music scene years ago because of my lifestyle choices, and I hurt people. Even though I was a talented musician, they didn’t really want to make music with me. You take music away from someone that’s the only thing ever cared about, that’s tough,” he said in an interview at the time.

“I called it was it was – I’m the blacklister. I’m the one who was blacklisted. I wanted to tell a story because I get asked about it a lot. Sometimes I talk about the bands I used to play in and people are fans of those bands. … They got famous making music, and I never had that opportunity. I tell a lot of stories about how I felt like a phantom, like I didn’t even really exist. Everybody knew who these people were and I was nameless. There’s a lot of that in this album.”

Surrounded by friends, as the “State I’m In” shows, Aayu a lot more popular these days and only rising from here. 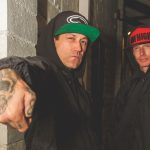 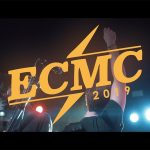