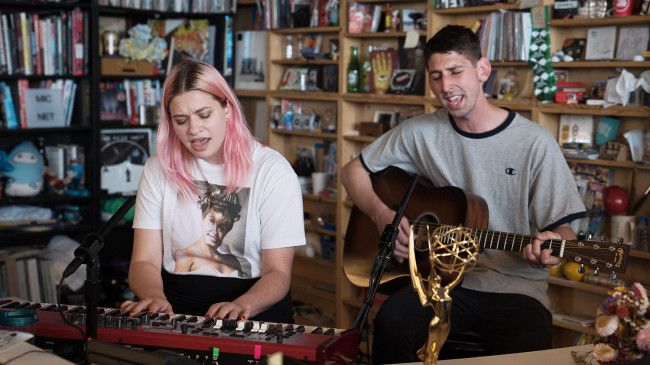 Not many musicians get the opportunity to play an NPR Tiny Desk Concert, an intimate, often stripped-down show performed at the desk of “All Songs Considered” host Bob Boilen in Washington, D.C. Scranton indie rock band Tigers Jaw, fresh from the release of their new album, “Spin,” can now count themselves among the chosen few featured on the popular radio and YouTube video series.

The duo of Ben Walsh and Brianna Collins, joined by rotating live members, is reaching new levels of popularity and will continue to do so thanks to an accessible, poppier sound supported by Philadelphia producer Will Yip, who recorded “Spin” and their previous record, “Charmer.” Yip chose their latest 12-song album as the first to be released through Black Cement Records, a new Atlantic Records imprint he will curate.

“I thought Tigers Jaw were the perfect band to be on Black Cement because every note is so genuine and the music is so incredibly catchy,” Yip said back in March.

“As soon as we started discussing working together with Black Cement, we felt comfortable and confident that we share a similar vision,” Walsh noted. “They believe in sincere, dynamic music and can see the potential and importance in bringing music of this caliber to a wider audience.”

Being on NPR will do exactly that, playing new songs “Guardian,” “June,” and “Window” from “Spin” during the Tiny Desk Concert.

The new album from Tigers Jaw, spin, revels in quiet pleasures, even as its rich production pulls power from the band’s open wounds. It’s the major-label debut from a band that, at one point, made yelping and earnest pop-punk before finding its way to intricate, and melancholy, pop.

After the lineup shake-up three years ago, Ben Walsh and Brianna Collins both step into larger roles as the primary songwriters and singers, here playing songs from spin stripped down to an acoustic guitar and keyboard. It’s a strikingly intimate format that illuminates their close harmonies that tangle like garlands, and spare arrangements that open gingerly.

Hometown fans will get the chance to see Tigers Jaw in a similarly intimate setting when they sign autographs and perform a short set at the Gallery of Sound (186 Mundy St., Wilkes-Barre) on Monday, June 26 at 7 p.m. As with previous Gallery of Sound meet and greet events, it is free, but space is limited. To receive a wristband to guarantee priority entry, fans must purchase a copy of “Spin” from any of the three Gallery of Sound locations in Northeastern Pennsylvania through June 26. These stores will also be taking pre-orders for a limited edition turquoise vinyl of “Spin” that’s due out this Friday, June 23. Posters will be on hand for the band to sign as well.

For more details, see this article or visit the Facebook event page. 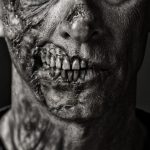