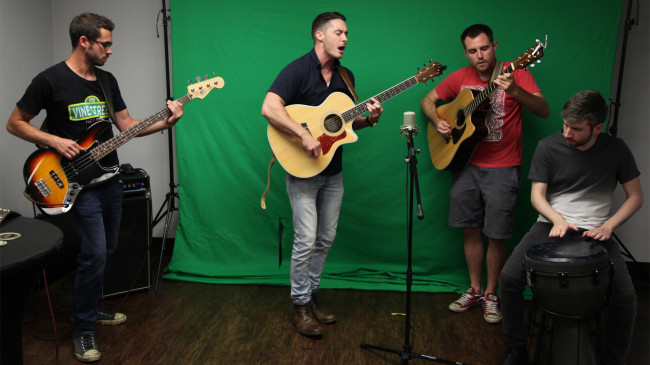 Last week during the live recording of Episode 17 of the NEPA Scene Podcast at Coal Creative’s production studio in downtown Wilkes-Barre, local rock band Vine Street opened and closed the show with stripped down acoustic versions of two of their original songs – “Mad Mad Woman” and “XOXO.”

They can be watched on YouTube and streamed or downloaded via iTunes, SoundCloud, and Stitcher.

The NEPA Scene Podcast and this acoustic set are made possible by local sponsors Beer Boys, The Keys, Loyalty Barber Shop and Shave Parlor, the F.M. Kirby Center, Coal Creative, and viewers who tune in every week.

During the podcast, we sit down with all four members of the band and crack open some crowlers of Chocolate Lobster by Dogfish Head Brewery in Delaware, courtesy of our newest sponsor, Beer Boys in Wilkes-Barre, and we’re pleasantly surprised about the taste of this porter that was actually brewed with live lobsters, dark cocoa powder, and a basil tea.

Then we talk about how Vine Street originated in Hanover Township in 2012 and their musical backgrounds, their name and trying to define their sound, what inspires their original songs and how they choose what songs to cover, working on songs for their debut album, how the local music scene has helped them develop over the years, the importance of open mics to musicians and the mics they’ve benefited from most (like Tony’s Wine Cellar), how their new Sunset Sessions open mic at Kirby Park in Wilkes-Barre came about and what their goals are with the event, how co-host Brittany Boote got involved with it, the future of the band, and more.

In The Last Word segment, co-host Rich Howells talks about his interviews with national acts like Big D and the Kids Table and Anti-Flag at the Vans Warped Tour in Scranton and how many of the things they had to say about their own local music scenes reflect the same ups and downs of our own scene. We also mention how we differentiate ourselves from “fake news” in this day and age to gain the trust of our audience and how to interview Gwar properly. 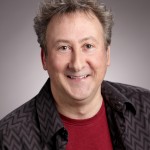 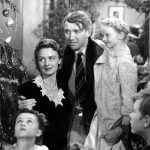