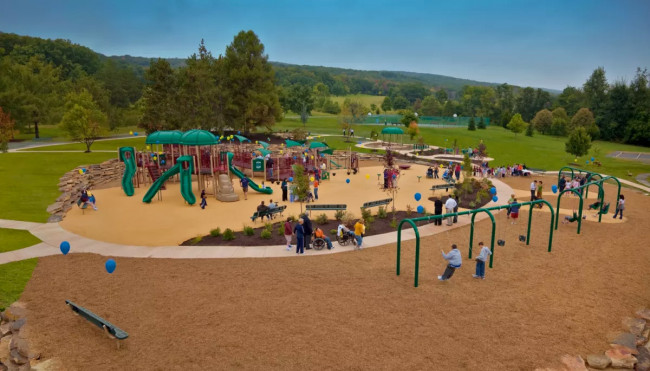 Recreational opportunities are plentiful in Northeastern Pennsylvania. Small neighborhood parks and playgrounds offer youngsters the opportunity to hone their sports skills, make new friends, or take a ride on swings of all types.

There is one location in Lackawanna County where you can do all of these activities and more in an opulent setting – McDade Park in Scranton. This beautiful local icon is turning 40 this month, and it will be recognized in style.

To mark the milestone, the Lackawanna County Commissioners, former Commissioners, and other dignitaries will celebrate the park’s anniversary on Sunday, July 30 at 11 a.m., which is the exact same date in 1977 that it was dedicated as the Joseph M. McDade Recreational Park (1 Bald Mountain Rd., Scranton).

“This is truly a great day for Lackawanna County as we recognize the 40th anniversary of McDade Park. It is a gem of an operation, giving residents and visitors an opportunity to relax, get together, or enjoy the natural vistas of the park,” said Commissioner Patrick M. O’Malley.

“Today celebrates our history,” explained Commissioner Jerry Notarianni. “Our past leaders are to be congratulated for being innovative and taking a chance on enhancing our quality of life for everyone to enjoy.”

“Today’s anniversary of the park is a testimony to the foresight of our community’s leadership. McDade Park is a beautiful facility that families and groups can utilize for any occasion,” noted Commissioner Laureen A. Cummings.

The development of Keyser Park, as it was originally known, began when then Congressman McDade secured $2 million for use by the Bureau of Mines for the restoration of mine reclamation areas.

A badly scarred 126-acre tract of land owned by the county was selected for the project. The funding was used for site rehabilitation and top soil seeding. The work gained national attention.

Additional federal and state grants were secured during the park’s start-up to further enhance its development. The resources were used for roadways, a sanitary sewer system, electric service, support buildings, athletic fields, sports courts, and a children’s playground.

The U.S. Forestry Service planted trees and special shrubs, and the state participated in the park’s growth with the construction of the Pennsylvania Anthracite Museum, along with other enhancements.

McDade Park has, over the years, witnessed tremendous growth and expansion. Every administration since the park’s initial development has invested significant dollars into the facility.

Since its inception, over $5 million in lease-hold improvements have been made. They include the Coal Mine Tour attraction, which has gained national acclaim for the park and area, a coal mine building, pavilions, a boundless playground, a stocked fishing area, trails, a swim complex, bathhouses, cancer and 9/11 memorials, street lighting, a coal miner statue, and a maintenance building. The facility has become the “crown jewel” of the county’s park network.

The anniversary program will open with the Pledge of Allegiance, followed by remarks from O’Malley, Notarianni, and Cummings; comments by William Davis, the county’s deputy director of Parks & Recreation; and brief statements from other invited guests. 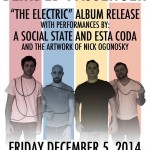