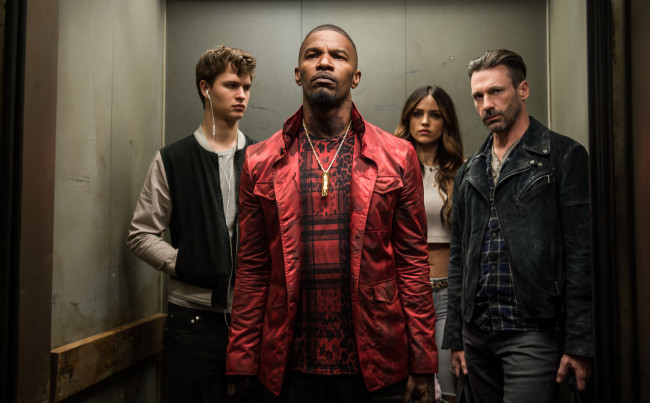 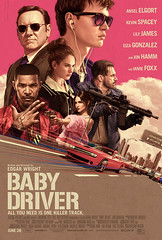 In the past week or so, the hype train has been barreling faster and faster for Edgar Wright’s latest effort.

If you ask Rotten Tomatoes or one of the critics at SXSW in Austin, Texas, “Baby Driver” is the greatest thing since “Citizen Kane.”

This film is chock full of energy, charisma, and charm, just like the creative force it came from – Edgar Wright (“Shaun of the Dead,” “Hot Fuzz,” “Scott Pilgrim vs. the World”).

He said in an interview that he sat on the idea for this film for a while, just waiting for the right opportunity to make it. It seems like after he got booted off Marvel’s “Ant-Man” in 2014 after developing the project for years, he set right to work on making “Baby Driver” a reality.

Thank goodness he did.

The story here focuses around getaway driver Baby, played by newly cancer-free Ansel Elgort, whose skills are damn near superhuman.

He uses those exceptional driving skills to get the all-star cast of bank robbers of Jon Hamm, Jamie Foxx, Jon Bernthal, and even Flea from the Red Hot Chili Peppers out of sticky situations.

They all work for the mysterious Doc, played by Kevin Spacey chewing as much scenery as possible, the man with the plan for robbing banks.

As good as the cast here is – and everyone does a great job in their particular role – the true star here is the soundtrack.

Every movement, gunshot, or sound effect is brilliantly timed to the music. The editing here is phenomenal, playing out like a perfectly choreographed ballet in 2,000 pounds of roaring engines and burning rubber.

The sound design was so clever as well. For example, if a character were to take out Baby’s left headphone while playing a song, the sound on the left side of the theater would drop in volume, simulating the experience.

It’s the little details that make the film so breathtaking in its simplicity.

Now, while I really, really enjoyed “Baby Driver,” it’s not a perfect film.

In my opinion, it slightly sags in the middle. When Baby isn’t doing what he does best, driving, it feels a little melodramatic and slightly bloated. Some of the many sequences of Baby dancing around alone could be cut to get the runtime down a bit.

If some of the slower parts of the film were cut down a bit, I think “Baby Driver” could have completely won me over.

With those minor problems pointed out, I still can absolutely see “Baby Driver” surviving to make my Top 10 list at the end of the year. It’s that good.

This movie is appealing, compelling, and a blast to watch. I can’t wait to take another ride with Baby and his team. 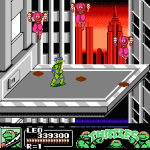