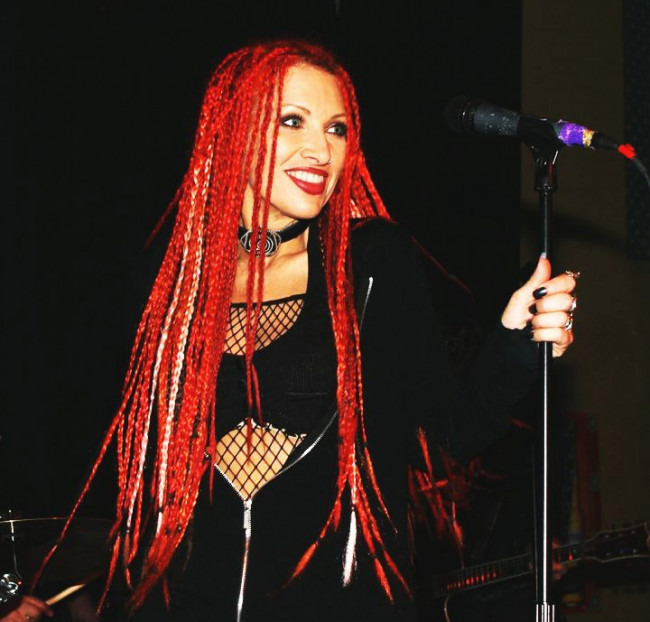 Every day, so much great original music is being created and performed in Northeastern Pennsylvania, but the average resident may not know it or be able to keep up with it all. NEPA Scene would need 10 times the resources we have now to cover everything thoroughly, so rather than gloss over the hard work of so many talented musicians, NEPA Music Notes will regularly round up all the new and noteworthy songs, albums, music videos, studio updates, standout shows, and more that make this music scene as prolific and diverse as it is, focusing only on local artists but never limited by genre.

I hope this column will help readers discover their new favorite band or simply make them appreciate the NEPA music scene more because I often see the same faces at show after show – it’s time for you to do your part and be the audience that these musicians deserve. This week’s highlights, which include a ton of music videos, some benefits for worthy causes, and new musical projects, should help get you started.

♫ Berwick singer, songwriter, and composer Nick Coyle, who joined gold-selling alternative rock band Cold as their new guitarist earlier this year, is continuing to work on his own solo music, releasing the new song “Nothing to Be Afraid Of” on June 22 with a music video that uses parts of the short film “Not Alone” written and directed by Ethan Eigenfeldt of The Mosh Media and starring Nicolas Zipada. The song can be streamed or downloaded for any price on Bandcamp:

♫ Brand new Scranton doom metal band Dour will release their debut five-song cassette demo at a free show at Curry Donuts (178 S. Pennsylvania Ave., Wilkes-Barre) with Earthmouth, Bloodeagle, Vow, Lionshred, and Almost Honest on Friday, July 28 at 6 p.m., and they will also perform with Hashgrinder, Putrid Liquid, Skuz, and Grieve at the Sherman Showcase (522 Main St., Stroudsburg) on Saturday, Aug. 5 at 7 p.m. Their first song, “Upside Down Sinner,” can be streamed and downloaded now on Bandcamp:

♫ The fifth annual Arts on the Square will fill Courthouse Square in downtown Scranton with over 100 vendors, live art experiences, food, family activities and, of course, live music for free on Saturday, July 29. The all-day lineup includes Grupo Zona, Rogue Chimp, MiZ, Starbird, and Talking Heads tribute band Start Making Sense. If you’re broke and still want to check out some solid bands, this really makes a lot of sense:

♫ DJ Honeyman Lightnin’ will be spinning tunes at The Keys (244 Penn Ave., Scranton) for a benefit called “Dancing on the Ruins” on Saturday, July 29 at 9 p.m. for Camp White Pine, a forest defense camp resisting Sunoco’s Mariner East 2 Pipeline, which will transport natural gas liquids through Pennsylvania, Ohio, and West Virginia to an export facility on the East Coast. Attendees are cleverly encouraged to dress in their favorite dystopian wear for “the climate change apocalypse,” and there will be raffles and a best costume prize awarded. The 21+ event is hosted by the General Defense Committee of the Northeast Pennsylvania Industrial Workers of the World.

♫ The first-ever NEPA Heavy-Psych-Doom Festival, highlighting many of the “heavy and weird” bands in the area, will be held at the Sherman Showcase (522 Main St., Stroudsburg) on Saturday, July 29 starting at 4 p.m. The lineup includes Solace, King Dead, The Stargazer Lilies, Earthmouth, Dead Men, Highburnator, Family Animals, Chelsea Smarr, The Hill You Die On, and We Are Space Horses. “This is heavy,” as Marty McFly would say.

♫ Singer Janet Rains, a.k.a. Jane Train of Wilkes-Barre ’80s cover band M80, was on tour with heavy metal supergroup Adrenaline Mob as their manager when a tractor-trailer crashed into the band’s RV while it was pulled off to the side of the road to fix a flat tire. The accident in Florida on July 14 took the life of bassist David Zablidowsky, seriously injured other passengers, and left Rains in critical condition with burns on 62 percent of her body. The Irish Wolf Pub (503 Linden St., Scranton) is hosting a benefit for her on Sunday, Aug. 6 starting at 2 p.m. with Katie Evans and Candi Vee, Chris Langan and Rob Palmitessa, Wonderchuck, Twisted Fantasy, Reach for the Sky, Control Freaks, Hostile Authority and an acoustic set by The Way. Another event hosted by local music journalist Alan K. Stout, Jane Jam, will be held at The Woodlands Inn (1073 Rt. 315, Wilkes-Barre) on Thursday, Oct. 12 at 6 p.m. with M80, Flaxy Morgan, 40 Lb. Head, Gentleman East, Plus 3, Iron Cowboy, The Tommy Guns Band, Strawberry Jam, Three Imaginary Boys, Ed Randazzo, k8, Melissa Krahnke and Jackson Vee, and Charles Havira. Friends and music fans can also donate to her recovery via GoFundMe.

♫ Multimedia production company Minty Fresh Thoughts collaborated with Wilkes-Barre alternative rock band Down to Six to make a colorful and trippy animated music video for “All We Are,” the title track from their latest album that features singer/songwriter and former Breaking Benjamin guitarist Aaron Fink. The album was released on July 8, with the video following on July 14:

♫ Wilkes-Barre pop punk band Stay Loud teamed up with Pittston graphic designer and photographer Jimmy Musto to create a music video in an old graffitied building for their debut single, “Goodbye,” that came out on July 14. The song, which can be downloaded for any price on Bandcamp, is from “The Basement EP,” which was released on May 12. See Stay Loud live with Just Blush, The Cryptid, and E57 at The Other Side (119 S. Main St., Wilkes-Barre) on Friday, July 28 at 7 p.m.:

♫ After all the nominees were announced on July 16, voting has begun in the public categories of the 2017 Steamtown Music Awards, including the People’s Choice Award, Best New Artist, Recording Studio, Music Publication/Blog, Music Journalist, Photographer, Radio Station, Radio Personality, Podcast, and Fan of the Year. The rest of the categories will be decided by a panel of judges. Thank you to everyone who nominated NEPA Scene and our staff for awards, and we all wish the best of luck to everyone who is up for an award this year.

♫ Scranton singer/songwriter Patrick McGlynn premiered a breezy new single with his Blinded Passenger bandmate Steve Werner, “In the Waves,” on NEPA Scene on July 18, capturing a tropical beach sound and having fun in the music video made at SI Studios in Old Forge during the recording:

♫ Scranton singer/songwriter Sean Flynn of indie folk punk band Old Charades has started a new folk project called American Buffalo Ghost. He released their first song, “The Child the Earth Speak To,” with cellist Dan King and Steve Werner on the kick drum on July 23 via Bandcamp, where it can be streamed or downloaded for any price. The full debut album, “The Devil Takes Care of His Own,” will follow in the coming weeks:

♫ Hazleton guitarist Danny O’Donnell travels through space in a new original song, “Dark Matter,” in his first music video produced by After Image Studios in Scranton and released on July 23. He is accompanied by studio musicians Joe Santora on bass and Tanner Snyder on drums:

♫ Dallas pop singer/songwriter Kohner Rice released his first song in three years, “Move,” on Monday, July 24 with a fun, lighthearted music video that is sure to get you dancing along by the end: