In this, the month of July, here on Turn to Channel 3, we are going to look at some games on retro handhelds of the past. We begin today with a game on the original Game Boy that is both simplistic in design and yet addictively challenging, but does it still hold up all these years later?

We power up “Kwirk,” a puzzle game starring a tomato who is as cool as a cucumber wearing those sunglasses, to answer that question and so much more!

While highly repetitive, the soundtrack present here fits the quirky, upbeat nature of this game. I can recall as a kid humming and whistling along to the little tunes you hear, but with this being a puzzle game from this time period, you can’t expect much. With this are the sparse sound effects of flipping blocks, changing characters and, of course, finishing a level.

Obviously Game Boy games struggle with that pea soup green lack of color, but “Kwirk” counters that flaw with some simple cartoonish graphics that would fit in well with many Saturday morning cartoons and comics of the era. With a focus on fruit and veggie people and their interactions with these puzzles, you’re not getting a masterpiece, but a distinct theme that works for a game like this.

The Game Boy was home to many good shoot em’ ups and puzzle games, with “Tetris” leading the latter, and while “Kwirk” doesn’t reach the heights its Russian cousin does, it provides some great addictive and, yes, sometimes frustrating rooms of puzzles.

“Kwirk” is one of those retro games that presents itself as this cutesy game that is easy to conquer, but its mazes grow ever more challenging with each passing level. It is this addictive challenge that keeps gamers coming back, yours truly included.

Is this the best puzzle game on the Game Boy? No, but the unique character of Kwirk makes it memorable in its own right. Whether you’re a puzzle junkie or just someone who enjoys them on a rainy day, “Kwirk” is another fine addition to your Game Boy collection.

I hope you enjoyed this review. Next week, we head down the rabbit hole with “Alice in Wonderland” on the Game Boy Color!

No matter how you choose to enjoy your summer, make some time in your schedule to game on! 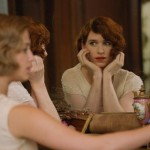 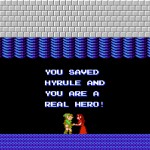 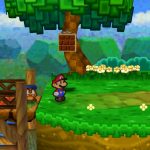