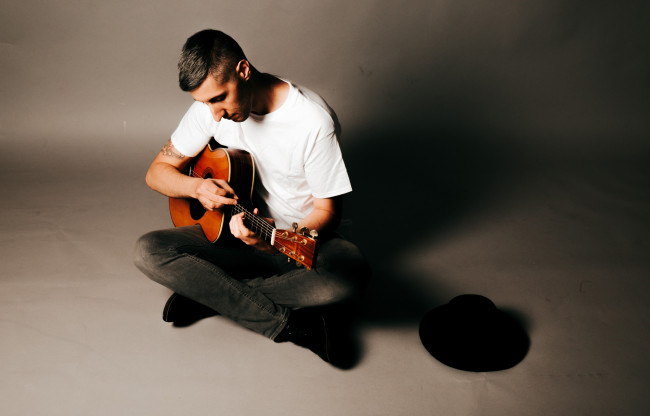 This week in the Northeastern Pennsylvania music scene, there’s some new projects, hip-hop, music videos, Warped Tour shenanigans, a BBQ dance party, and an awards ceremony with some new collaborations.

♫ Coal Minor Canary, a new project from Wilkes-Barre singer/songwriter David Hage that features “fingerstyle guitar, alternate tunings, percussive techniques, layered effects, and looping,” is releasing a new EP called “3:42” on Friday, Aug. 4 and is offering free copies to the first 100 people to subscribe to his e-mail list for updates on his music. Hage will be joined by cellist Dan King and Dennis Condusta on drums for his EP release party at The Keys (244 Penn Ave., Scranton) on Friday, Aug. 11 at 9 p.m. Condusta (formerly of Astorian Stigmata) and Markus A. D. will open the show. A live music video by Going Up? Records for the song “Light Me on Fire” gives a little preview of what to expect that night:

♫ Another new project called Winola has just popped up online in the last few days with a debut acoustic song, “Wolf Like You,” and the promise of a self-titled EP with eight tracks on Wednesday, Aug. 9. The alternative rock band from Scranton features Rob Palmitessa on guitar and vocals and Chris Langan on drums. Seriously, as we mentioned during his recent appearance in Episode 16 of the NEPA Scene Podcast, we don’t know how Langan manages to be involved with so many bands (or how so many of them end up being so good), but more power to him:

♫ Hazleton rapper King Kong Kancun, co-founder of NEPA hip-hop collective Animal Planit, released a new track called “State of the Union” on July 25 that may be more direct than even Donald Trump is in his speeches. It can be streamed or downloaded for free via ReverbNation:

♫ After releasing their self-titled debut album late last year, Wilkes-Barre soul rock band Half Dollar is working on new music. On July 25, they posted a music video shot in their jam room that shows off each member playing a groovy new tune called “Gettin’ By” that makes you want to get down:

♫ As we reported a few weeks ago, Nanticoke pop punkers Send Request won a contest to open the Vans Warped Tour in Scranton on July 10, and while they went on pretty early in the day, they were still able to draw a crowd under The Pavilion at Montage Mountain and have a lot of fun with them, tossing kids free pizzas and squirting them with water guns. RizeOptix and Unity Entertainment captured it all, including the band’s matching flannel shirts, in a music video for “Comeback Song” (from their 2015 album “Make Your Move”) released just a few weeks later on July 29 that shows why they fit right in at Warped. C’mon, Kevin Lyman, invite them to play the whole tour next time:

♫ Wilkes-Barre hip-hop artist TheOfficialOD released “Bone Grinding” featuring D’NME a while back, but now the song “sprinkled with freemasonry and secret societies” has a music video released on July 29 and is set to be the first single from “The Fix,” due out in 2018:

♫ Discussed during Episode 15 of the NEPA Scene Podcast with DJ Hersh, the third annual BeatTeks BBQ with Hersh, Jay Velar, and King B is coming up on Saturday, Aug. 5 at River Grille (670 N. River St., Plains). With a special BBQ menu and drink specials, the music starts spinning at 9 p.m. and will feature a guest appearance by DJ Spinbad.:

♫ The live performance lineup for the 2017 Steamtown Music Award Ceremony at The V-Spot (906 Providence Rd., Scranton) on Thursday, Sept. 14 has been announced. Starting at 6 p.m., the acts playing in between the award presentations are Behind the Grey with special guests, Permanence, Big Country, Lucas Hex, a special Big Country and Lucas Hex collaboration, Static in the Attic, Fiddy Shades, Elephants Dancing, Luna Soltera, and DJ Hersh. Be sure to show up early for photos and red carpet interviews by NEPA Scene: