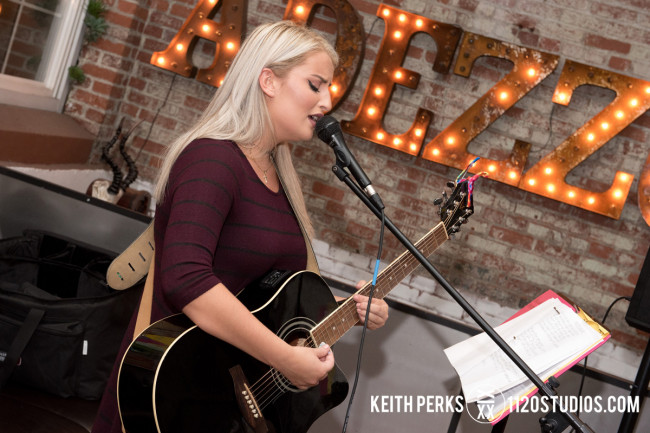 This week in local music, we’ve got a debut single, a few recent albums that didn’t get the attention they deserved, the return of a new band, a secret show, and some heartbreaking news that we were all dreading.

♫ Playing out almost every week at all your favorite local bars, restaurants, and cafes, it’s hard to miss the talent of Scranton singer Riley Loftus. Known for her acoustic pop covers, she was named Best New Artist in the Steamtown Music Awards last year and, last week, she finally released her debut single, “Stay,” produced by Eric Ritter at the Windmill Agency in Lake Ariel, Neil Nicastro, and Loftus. The original song can be downloaded now on iTunes or steamed via SoundCloud:

♫ While the entire NEPA music scene was pulling for her, hosting a series of benefits across the area, Pittston singer Janet Rains, better known as Jane Train, was removed from life support on Aug. 23 after injuries she sustained in a tragic accident in Florida last month that took the life of Adrenaline Mob bassist David Zablidowsky. Whether you knew her from Wilkes-Barre pop rock band M80, her solo work, Headbanger’s Ball, Not By Sight, or just as that awesome lady with the bright red hair, Jane was an integral part of the local music scene for many years, commanding attention both onstage and off, yet she was sweet and caring when you got to know her, always willing to help others out. The words in this quote, taken from an interview last year, are bittersweet now, but worth remembering as we all mourn this devastating loss. Our thoughts go out to all her friends and family during this difficult time:

♫ Sometimes, local music slips under the radar even when you have your ear to the ground listening for it, but that’s what NEPA Music Notes is here to remedy. Back in June, Scranton musician Brogan Scotch released a solo album called “The Garden Is on Fire” under the name Scaccia, singing and playing every instrument when he recorded it himself in 2015 with a little help here and there. While he playfully describes the indie rock record as “a raw, linear look at what happens when one guy thinks he’s an entire band” and admits he “had no clue what he was doing behind the boards,” he’s being humble – it’s a good, light listen that shows a lot of potential. It can be streamed and is available for purchase for only $4 on Bandcamp:

♫ Picking up where his 2016 album “Elf Is About to Die” left off, Archbald electronic artist The Gary Goblins self-released his 17th studio album, “$500 Hitman,” on July 21. This dark collection of 11 industrial, techno, and glitch tracks is his final release from his longtime personal studio, The Leaning Room. You can name your own price or download it for free via Bandcamp:

♫ We first caught Purcell at University Drive’s debut show last year at the AfA Gallery, but the Scranton indie rockers went quiet with a hiatus soon after. Almost exactly a year later, they returned to the public stage opening for two of the bands from that show, University Drive and Black Hole Heart, along with Permanence, at The Keys in Scranton on Aug. 18. Now that they’re all official with new Facebook, Twitter, and Instagram accounts, a short session with vocalist/guitarist Doug Griffiths at OK Sweet Records in Nazareth, and an EP in the works, we hope to see more from these guys soon:

♫ Speaking of The Keys (244 Penn Ave., Scranton), the lineup of the secret show this Saturday, Aug. 26 that we mentioned on the NEPA Scene Podcast this week has been revealed to include a headlining set by Scranton progressive/alternative rock band Eye on Attraction, who haven’t played out since their big comeback concert with their new vocalist in May. This follows the recent news that they signed with the M7 Agency (Smile Empty Soul, Ghostface Killah, Bobaflex, Michale Graves), so expect big things from them very soon. An Autumn Sunrise, Katie Evans with her full band, and The Charming Beards are also performing, starting at 9 p.m. The cover is only $5 at the door. For more details, see the Facebook event page.