As the first total solar eclipse visible in the continental United States since 1979 captures everyone’s attention, NEPA Scene is exclusively premiering a brand new song and lyric video to serve as its soundtrack from a solo project appropriately titled Luna Soltera.

Introduced as “The Lonely Moon” at its debut show in April, former guitarist and backing vocalist for Scranton post-hardcore band Silhouette Lies Rafael Pimentel has since changed it back to its original intended name as he focused on recording an EP at JL Studios in Olyphant.

“I was legitimately concerned people might have a hard time spelling it. The Lonely Moon was simple but a little too ’emo’ sounding, so I decided to go with my initial choice,” Pimentel told NEPA Scene.

“My sound draws influence from alt rock, indie, math rock, space rock, grunge, emo, punk, and post-hardcore. If you draw a diagram and throw a dart in that murky mess, I’m somewhere in there.”

Sticking with that lunar theme, the first song he released was “Harvest” back in January, and that continues in some of the imagery in the lyric video for “Shattered,” which was animated by singer Jen Fracas, who also made the video for her own band Eye on Attraction’s song “Pleasantville” earlier this year.

“Jen does stellar work, as seen in EOA’s video and University Drive’s, so it was an easy choice. I’m highly visual and wanted to see something that tied a visual to the music,” he noted.

“‘Shattered’ kind of came from disillusion with where I was at in life at the time and a desire to understand why I felt as I did about it. It uses mirrors as imagery, which is a theme throughout the EP and draws on [Jacques] Lacan’s psychological writings… not that I fully understand it.”

Available for download soon, “Shattered” is the first single from Luna Soltera’s debut release, “(br)others,” which Pimentel wrote, composed, and performed all the instruments on himself with the exception of drums on one of the six tracks. Recorded over seven months on and off at JL Studios with Joe Loftus and Jay Preston, the EP is set for release on Friday, Sept. 15. Those who pre-order it will receive an additional track.

“The songs make sense together but all have their own sound relative to what’s going on lyrically. This song ‘Shattered’ is particularly varied, starting mathy, moving towards simplicity, full of harmonies and pretty moments and ending rather ugly. All of those things can be found throughout the EP,” he explained.

A release show in Scranton is being planned, but Pimentel was cryptic with the details, inspired by one of his favorite bands.

“It’ll be full of nostalgia; otherwise, I’m pulling a Brand New and shrouding it in mystery.”

See NEPA Scene’s photos from Luna Soltera’s first show with Permanence, Amplifiers, and University Drive at The Other Side in Wilkes-Barre here. 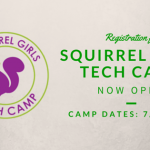