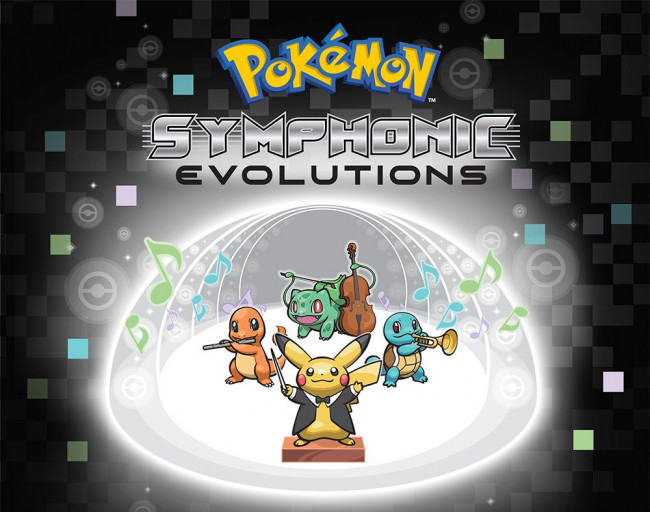 The Pokémon Company International and Princeton Entertainment announced today that the official Pokémon live orchestral concert, “Pokémon: Symphonic Evolutions,” will perform at the F.M. Kirby Center in Wilkes-Barre on Saturday, Dec. 2 at 7:30 p.m.

After sold-out performances in Pittsburgh and Washington, D.C., and selling 5,000 tickets in Philadelphia, fans across the state will soon get the opportunity to see and hear “Pokémon: Symphonic Evolutions.”

“Pokémon: Symphonic Evolutions” is the must-see video game concert of the year, giving fans and newcomers of all ages the chance to experience the evolution of the Pokémon franchise like never before. Don’t miss this amazing opportunity to meet up with friends of all ages to catch, battle, and trade Pokémon from your favorite games. All-new orchestral arrangements and carefully timed visuals draw from recent and classic Pokémon video games, including “Pokémon Red,” “Blue,” “Yellow, “Gold,” “Silver,” “Crystal” “Ruby,” “Sapphire,” “Emerald,” “Diamond,” “Pearl,” “Platinum,” “Black,” “White,” “X,” and “Y.”

“’Pokémon: Symphonic Evolutions’ is a spectacular showcase of the memorable music that has been a hallmark of the Pokémon franchise for nearly 20 years,” said J.C. Smith, director of consumer marketing at the Pokémon Company International.

“The concert series serves as a thank you to fans and an invitation to share our passion for Pokémon by reliving some of our fondest memories with the brand. We look forward to seeing fans of all ages enjoying this very special Pokémon orchestra event together.”

The Pokémon Company International, a subsidiary of the Pokémon Company in Japan, manages the property outside of Asia and is responsible for brand management, licensing, marketing, the Pokémon trading card game, the animated TV series, home entertainment, and the official Pokémon website. Pokémon was launched in Japan in 1996 and today is one of the most popular children’s entertainment properties in the world.

Princeton Entertainment has earned an international reputation as a premier producer of concerts, combining orchestras with popular recording artists and other elements. Princeton’s productions have set the bar for exciting, new, and creative performances with stars as varied as James Taylor, Idina Menzel, Andrea Bocelli, Aretha Franklin, and Trey Anastasio. Its orchestra partners include the New York Philharmonic, the Royal Philharmonic, Philadelphia Orchestra, Pittsburgh Symphony, Baltimore Symphony, and its own American Festival Orchestra.

Last year, after signing and completing a touring agreement for “The Legend of Zelda: Symphony of the Goddesses,” two of its key creators, Jeron Moore and Chad Seiter, joined Princeton Entertainment. “Pokémon: Symphonic Evolutions” is the first production from this exciting new creative team. Current touring plans call for the production to reach five continents.