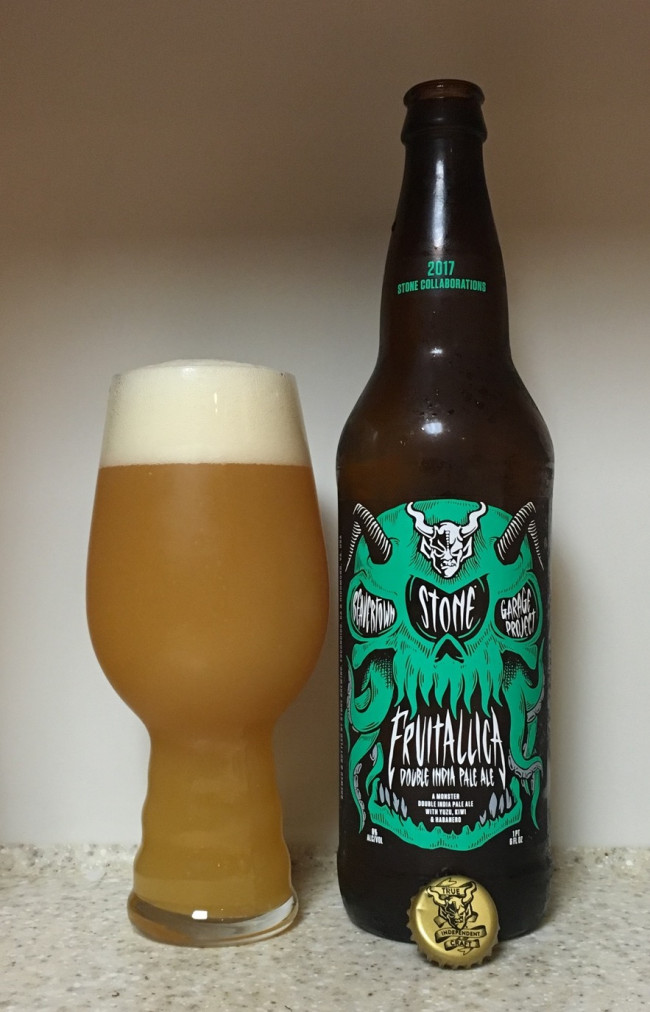 …And IPAs for All

Description: Fruitallica pours an extremely murky orange hue reminiscent of fresh orange juice, with a thick white head that leaves a thick lacing on the glass. The aroma is fruit forward, with notes of guava, kiwi, tangerine, pineapple, and grapefruit leading the way, and backing hints of pine and spice from the peppers. The taste follows the nose with a huge hit of fruit notes up front, with kiwi, grapefruit, and peaches making their appearance first and stronger. The backing notes of habanero peppers are present, but become clearer as the beer slowly warms. This is certainly a juicy beer and will be enjoyed by those who love a New England IPA with a twist.

The medium-full body and moderate carbonation make for a beer with a great crisp and refreshing quality despite its heft on the palate. This is a must-try beer for all and, while it is certainly unique, it is also delicious.

Food pairing: The American IPA is beloved by many, hence the growing popularity of the style. However, pairing an IPA can become tricky because the aggressiveness of the hops can create off flavors with many dishes. The juicy and spicy quality of Fruitallica makes it a great beer to pair with a wide array of dishes. If you are looking for something light to munch on while enjoying this beer, try some grilled shrimp or scallops. The natural sweetness of the seafood will be enhanced by the beer and will also melt into the sweet malts.

If you are more in the mood for a meal, go towards a spicier course from Thailand. Any curry dishes will be a great match and create an experience that will be second to none. This is also a great beer for Mexican favorites, and do not be afraid to go spicy; this beer can withstand a lot of punch from any number of spices. Fruitallica is a beer to be adventurous with and pair with any number of dishes for a hard rockin’ experience.

The final word: The popularity of IPAs in any iteration is unquestionable. The current rise in the hazy and murky New England IPA category is seemingly unstoppable. The juicy and fruity flavors of these beers are what many gravitate towards, though many can be difficult to track down due to their popularity. So when breweries such as Stone decide to brew their own version, it is a wonderful thing, especially with them being one of the forefathers of craft beer and even more so within the IPA category.

The brilliant idea to mix this style of IPA with the addition of kiwi, yuzu, and habanero pepper may sound mindboggling, but it really works. Simply put, if you are a fan of IPAs, get this beer now, but do it fast while it’s still fresh and delicious!

Where can I get it? This beer is just starting to hit the market now, so be on the lookout, but it is currently available in 22 oz. bottles at The Penalty Box (3277 Pittston Ave., Scranton) and World of Brew (170 Laurel St., Pittston), but call around to your favorite local bottle shop – they may be getting it in stock now! 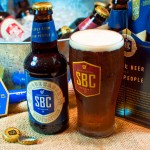 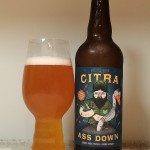