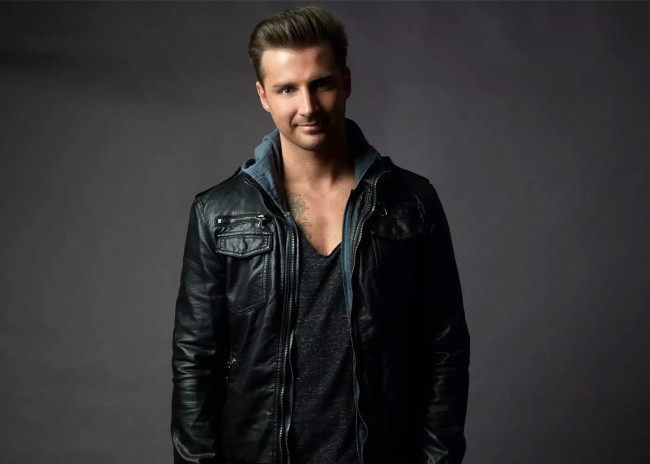 California emo pop singer/songwriter John Vesely, who blew up as Secondhand Serenade during the Myspace era, is taking the 10 Year Anniversary Tour of his debut album, “Awake,” to the Sherman Theater in Stroudsburg on Thursday, Oct. 5 at 6:30 p.m. with He Is We and Ronnie Winter-Defoe of The Red Jumpsuit Apparatus.

Tickets, which are $19-$23, are on sale now and available through the Sherman Theater box office (524 Main St., Stroudsburg), online at shermantheater.com and ticketmaster.com, and all Ticketmaster outlets. VIP boxes and sky boxes are available for this show and include eight tickets (VIP box) or 12 tickets (sky box), a fruit and cheese platter, and waitstaff. To purchase box seats, call the theater at 570-420-2808.

Before the explosion of Instagram, Facebook, and Twitter, the music industry had not yet seen a forward-thinking artist rise from the Internet to find success in the mainstream. But all of that changed in the form of a lone man and his guitar. The year was 2007 when the No. 1 Myspace artist took the leap from the early days of social networking to the world of big box retail, releasing his first album commercially through a brand new record label.

The artist was Secondhand Serenade, the label was Glassnote Records, and the album was titled “Awake.” Fast forward a full decade later and the team is getting back together. Not only is Secondhand Serenade (real name John Vesely) back on the Glassnote roster, but the album that started their relationship many moons ago is being brought back to life in the form of “Awake: Remixed & Remastered, 10 Years & 10,000 Tears Later.”

While it may have been the first album for both the artist and the newly birthed record label, the fruits of their efforts together would not take long to see the light of day. Secondhand Serenade quickly shot to the forefront of the emo pop movement, selling out tours, appearing on late-night television, and hitting the top of the radio charts along the way. Armed with a multi-platinum single in “Fall for You,” a growing reputation as a world-class live performer, and his trusty acoustic guitar, the California-based musician became the face of a genre.

After a relocation to Nashville, Tennessee and a break from touring, Vesely has reemerged with this 10-year anniversary album and a full-blown tour in support of its release. The disc includes all 12 songs that originally appeared on the first retail release of “Awake,” along with two brand new songs. The originals have also been updated with some additional production on top of being remixed and remastered.

“I really wanted to update these songs and give them a bit of a fuller sound without changing the emotion and vibe. My fans have always gravitated towards these songs and this style, so it was important to enhance them without changing the way they make my listeners feel,” says Vesely. “Even the two additional songs I added still capture the vibe of the original album. I just can’t wait for my fans to hear how it all came out.”

Just three days after the album’s release, Secondhand Serenade embarked on his first headlining tour in years, starting in Charlotte, North Carolina on Feb. 13. He is playing the “Awake” album from front to back and even throwing in a few fan favorites along the way. For the first leg of the trek, he was joined by Red Jumpsuit Apparatus frontman Ronnie Winter and Hawthorne Heights, all playing acoustic on what’s sure to be the throwback emo pop tour of the year.

“The fact that I get to not only put out another album with the first label that ever took a chance on me, but also get to hit the road and see my fans alongside old friends of mine that I’ve toured with before… I just couldn’t ask for a better way to start 2017. It’s a reunion in so many exciting ways,” says the singer/songwriter. 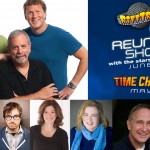