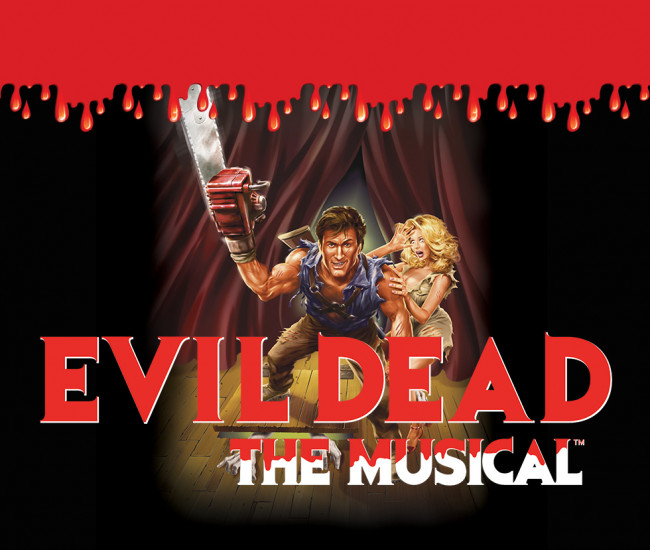 Starvox Entertainment announced today that the wildly popular horror comedy “Evil Dead: The Musical” is going back on tour and will visit the F.M. Kirby Center in Wilkes-Barre on Monday, Oct. 30 at 7 p.m.

Winner of the 2007 Dora Audience Choice Award for Toronto’s favorite show, “Evil Dead: The Musical” is the hilarious and outrageous story of five college friends spending the weekend in an abandoned cabin in the woods after accidently unleashing an evil force that turns them all into Candarian demons.

The laugh-out-loud, record-breaking Canadian cult classic musical is a fan favourite with ticket buyers lining up to purchase the best “Splatter Zone” seats in the theater as soon as tickets were on sale.

The original Canadian production, based on the “Evil Dead” film franchise, opened in Toronto in 2003 and enjoyed an immensely popular run, with 200 productions now presented in cities around the world with sold-out houses and rave reviews from critics. The franchise is more popular than ever with the “Ash vs Evil Dead” TV show now entering its third season.

“’Evil Dead: The Musical’ is the most fun you can have at the theater. It’s a show everyone loves – even if you don’t love musicals,” said Corey Ross, president of Starvox Entertainment. “Since being called ‘the next ‘Rocky Horror Show” by The New York Times, the show has been touring around the world so all can enjoy the evil fun.”

The “Splatter Zone” will be increased this year to include more rows from the front of the theater for super fans who can’t get enough of blood “splatter” during their favorite scenes of death and destruction in the woods. Audience members are covered in fake blood as part of the “real-life” effects that take place during scenes in the show. In addition to some dismembered limbs, demons telling bad jokes, and catchy tunes (“Look Who’s Evil Now,” “All the Men in My Life Keep Getting Killed by Demons”), the show features a saucy combination of wit and sexual innuendo that keeps audiences laughing.

“Evil Dead: The Musical’s” book and lyrics are by George Reinblatt, with music by Frank Cipolla, Christopher Bond, Melissa Morris, and Reinblatt. Musical supervision is by Cipolla, with additional lyrics by Christopher Bond and additional music by Rob Daleman. Reinblatt is a widely known comedy writer who has been a writer on multiple “Comedy Central Roasts,” including the “Comedy Central Roast of Justin Bieber.”

This musical first glimpsed the light of day in Toronto, where early workshop engagements played to capacity and beyond. While local mainstream theatre audiences flocked to the show, diehard fans of the “Evil Dead” film series made pilgrimages from across North America to witness the birth of a new cult hit. The popular workshop production enjoyed two sold-out runs at Toronto’s Tranzac Club in 2003 before heading off to Montreal in 2004 as part of the 22nd Just for Laughs Festival.

“Evil Dead: The Musical” opened off-Broadway at New World Stages in November 2006 and was produced by Jenkay LLC, Jeffrey Latimer Entertainment, and Just for Laughs Live. It returned to Toronto in 2007 for a record-breaking run of more than 300 performances at the old Diesel Playhouse. The production enjoyed a hugely successful remount at Toronto’s Randolph Theatre in the fall of 2013. The February 2016 Toronto run of this production was a sell-out, and it subsequently went on tour each year to select cities across North America.

This show may be inappropriate for those 12 and under. It contains strong language, plus a hilarious amount of fake blood and over-the-top guts and gore!

Those seated in the designated “Splatter Zone” seat locations will be splashed by stage “blood” and get increasingly wet over the course of the performance. Thw Splatter Zone location is the pit and rows A-D, but anyone seated on the floor through Row K is in danger of being hit with blood “splatter.” 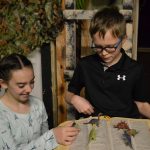