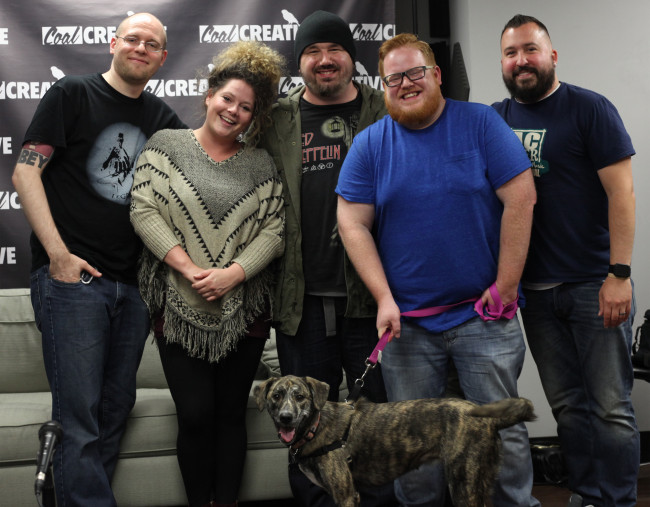 In Episode 26, we have an extended chat with Joe Caviston of The Point After Show and Kenneth Norton, formerly of Graces Downfall and currently with The Sellout Soundtrack, who both founded the Electric City Music Conference and the Steamtown Music Awards, which return for their fourth year to 11 venues throughout the Scranton area on Thursday, Sept. 14 through Saturday, Sept. 16. Read NEPA Scene’s complete and updated guide to the entire conference here.

Before and during the interview, we drink crowlers of Troegenator by Tröegs Brewing Company in Hershey, Grandes Lagos by Great Lakes Brewing in Cleveland, and I.C. Light by the Pittsburgh Brewing, courtesy of Beer Boys in Wilkes-Barre.

We talk about Joe’s sports podcast and what Ken has been up to musically since Graces Downfall ended, the purpose of the ECMC and why they feel it’s important to honor local musicians and bring the music scene together; what goes into planning an event that spans 11 venues across three days; their early days of booking shows and what they’ve learned since then; award show mishaps; memories of the music scene years ago and what things are like now; how Joe’s experience as a promoter and Ken’s experience as a musician has informed the conference; highlights of this year’s event, like an emo DJ set at The Bog; local bands they’d love to see reunite; the hidden costs of events like the SMAs and the ECMC; shooting down critics and misconceptions about how these events are run and what the money is used for; investing in new concerts in the area, including an upcoming acoustic Hinder show; and more.

John also plays a game with our guests, making them choose between one musical act or another, with some fun results and music commentary. Ken responded to many of the live comments directly, but we also read a few from live viewers.