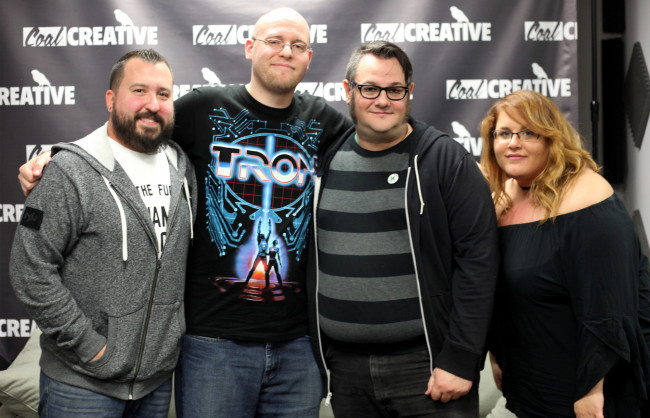 In Episode 25, we sit down with local comedians Angelia Petrillo and Elliott Elliott, who are hosting the Back to the ‘80s Comedy Show & Dance Party at The Keys in downtown Scranton this Saturday, Sept. 9 at 8 p.m. The show features comedians pretending it’s the 1980s, only referencing topics from that decade, along with an ‘80s dance party and live music by Katie Evans, Candi Vee, and Anthony “Shiny” Montini. The featured drink is $5 Ecto Cooler.

Before and during the interview, we drink three different crowlers from Bell’s Brewery in Michigan – Pooltime Ale, Porter, and Quinannan Falls IPL – courtesy of Beer Boys in Wilkes-Barre. Each turns out to be great representations of their respective styles.

We talk about why they both decided to get into stand-up comedy, their best and worst show stories and strange venue experiences, their different comedic styles and deliveries, working with fellow comedians in the local comedy scene, developing their voices through performing live and attending open mics, the importance of bombing and failing, Elliott playing characters on stage, Angelia putting together a successful Scranton Fringe Festival show last year and what is in store for this year, where the idea for the ‘80s show came from and why they wanted to do it, what they remember and love about the ‘80s, Elliott’s dirty Yoda impression, other themed comedy nights in the future, and more.

We end the episode by going through the list of the 100 most popular ‘80s movies on the Internet Movie Database and forcing Angelia and Elliott to choose one film from each pair of movies to learn more about their tastes, personalities, and knowledge of the decade. This leads to some fun conversations and asides. 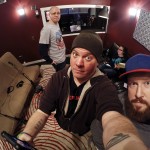