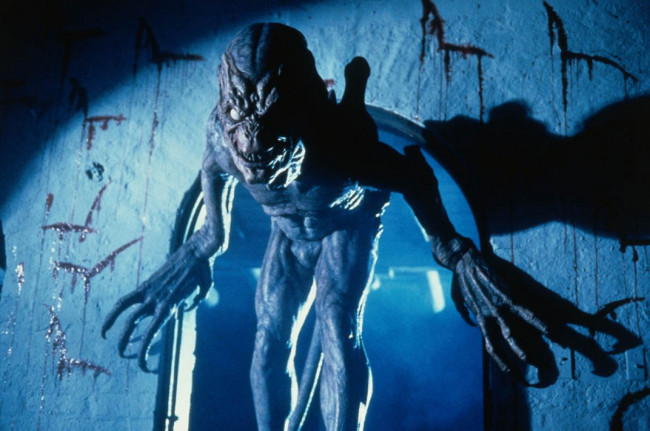 Let’s face it – Halloween is the best holiday. Sure, Christmas is fun, but you don’t get to dress up and scare people, unless you’re a Krampus devotee. Halloween, though, is a time to indulge in candy, great beer, and lots and lots of horror movies.

So what better way to celebrate the season than by binge watching some classic horror films and enjoying some great beers? Here is a list of some must-watch horror films this season and recommendations for great beers to enjoy with them. You don’t have to watch them all, but you should!

“Halloween” – No fall season is complete without a rewatching of this 1978 genre-defining classic. The name Michael Myers is synonymous with the season. This is arguably the film that made slashers and also made them the popular sub-genre they became going into the ‘80s. So what beer do you pair with such a classic? An equally classic fall seasonal with Sam Adams’ Octoberfest. The rich malty character and moderate ABV make it a beer that can be enjoyed in quantities while diving deep into this classic. It will also serve as a great match if you desire to watch the entire “Halloween” franchise.

“Zombie” – The zombie genre has undergone a dramatic change in recent years thank to the popularity of “The Walking Dead.” However, classics in the genre, including this Lucio Fulci masterpiece, are what made it so great. While this is not a film for the weak of stomach, it is one that any zombie lover must see. The slow pacing, over-the-top gore, and zombie vs. shark fight scene pairs with Spring House Brewing Company’s Seven Gates Pale Ale.

“The Omen” – What says Halloween more than the antichrist reincarnated as a child named Damien? Not to mention that the soundtrack is standard for any Halloween playlist. Not much needs to be said about this classic except, “It’s all for you Damien!” Well, this pairing is a no-brainer, as a film about the antichrist needs to be dark and rich with a bite. Surly Brewing Company’s Damien is the dream pairing for a film and a beer.

“The Exorcist” – The devil makes an appearance on this list again with another film that helped create modern horror. If you saw this as a child, it left an indelible mark on your soul. The puke scene is memorable and often referenced, and the spider walk scene is a true living nightmare. A beer that has a high ABV with a strong bite and sippable quality makes for a relaxing time with a tormenting film. Try a bottle of Founder’s Brewing Company’s Devil Dancer, a 12 percent ABV triple IPA.

“Evil Dead II” – Any horror fan is well acquainted with the “Evil Dead” series and part two is often cited as the favorite of the bunch. The excessive gore with blunt humor makes it repulsive to some and hilarious to others. A fun pumpkin beer is a great match with a laugh-filled film such as this. A great local choice is the low ABV Pumpkin Ale by Susquehanna Brewing Company in Pittston that is filled with flavor without packing a high alcohol punch.

“One Dark Night” – This is a lesser known film in the horror cannon and recently received a Blu-ray release from the geniuses at Code Red. Meg Tilly plays Julie Wells, who is forced to spend a night in a mausoleum as part of her initiation. The setting is foreboding and constantly building towards the explosive ending; it is destined to be a big cult classic. This film calls for something light to be enjoyed in quantity and out of a can. Try some Jack’s Abby Copper Legend Octoberfest.

“Pumpkinhead” – Revenge is bittersweet in this fan favorite horror film. While the death of a child is always a heavy subject in any film, “Pumpkinhead” delivers some justice upon the perpetrators. This is certainly a moral tale disguised inside a horror film, but it is still great viewing this time of year. A pumpkin beer is a must with this one, so try a glass of Elysian Brewing Company’s Night Owl – a classic with a classic!

“Deathgasm” – Any horror binge-athon needs to have some light fun placed within to break up all the heaviness that can come from it. “Deathgasm” is certainly gore-filled and over-the-top, but it features so much comedy that you may forget it’s horror. This death metal-laden film follows a metalhead as he battles demons that came through to our realm after playing a song to summon them. If you love films like “Dead Alive,” then “Deathgasm” may be a new favorite. While watching, enjoy some Funk Brewing Silent Disco IPA.

“Day of the Dead” – Let’s face it – George Romero did not get the mainstream recognition that he deserved for creating the zombie genre. He changed cinematic history with “Night of the Living Dead,” pushed the societal commentary further with “Dawn of the Dead,” and made his definitive statement with “Day of the Dead.” This is certainly the bleakest in the “Dead” series, but also one of the best. The gore is in your face and realistic but also carries a message with it. A pairing with Ninkasi Brewing’s Dawn of the Red is the perfect match.

TCM announces 14 ‘Big Screen Classics’ that will play in NEPA theaters in 2017
HOW TO PAIR BEER WITH EVERYTHING PODCAST: Episode 1 – Blackbeard’s Breakfast by Heavy Seas Beer 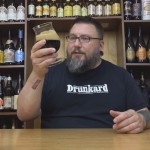