The world-famous Harlem Globetrotters, known for their one-of-a-kind family entertainment, will bring their Amazing Feats of Basketball World Tour to the Mohegan Sun Arena at Casey Plaza in Wilkes-Barre on Saturday, Feb. 24, 2018 for two shows at 2 p.m. and 7 p.m. to take on their longtime adversaries the Washington Generals.

The Harlem Globetrotters will face a revamped Washington Generals team, which recently launched a more competitive profile over the summer, making an appearance at The Basketball Tournament. The new tournament-tested team is looking to snap a 47-year losing streak against their electrifying rivals during their 2018 season.

The Harlem Globetrotters are legendary worldwide, synonymous with one-of-a-kind family entertainment and great basketball skills for the past 91 years. Throughout their history, the Original Harlem Globetrotters have showcased their iconic talents in 123 countries and territories on six continents, often breaking down cultural and societal barriers while providing fans with their first-ever basketball experience.

Proud inductees of the Naismith Memorial Basketball Hall of Fame, the Globetrotters have entertained hundreds of millions of fans – among them popes, kings, queens, and presidents – over nine thrilling decades.

The American Red Cross is the official charity of the Harlem Globetrotters. Sponsored by Entenmann’s Donuts, Ticket Galaxy, and Baden Sports, Harlem Globetrotters International, Inc. is a wholly-owned subsidiary of Herschend Enterprises, the largest family-owned themed entertainment company in the United States. 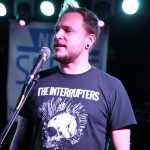