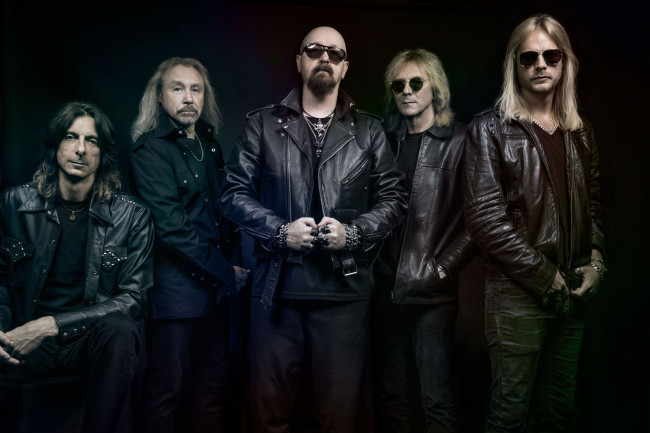 One of heavy metal’s most legendary acts will be hitting the road in 2018 in support of their anticipated new studio album. Judas Priest’s Firepower 2018 Tour will kick off on Tuesday, March 13 at the Mohegan Sun Arena at Casey Plaza in Wilkes-Barre with special guests Saxon and Black Star Riders and wrap up on May 1 in Texas.

“Firepower,” which was produced by Andy Sneap and Tom Allom, is due out in early 2018, and the tour will feature the lineup of singer Rob Halford, guitarists Glenn Tipton and Richie Faulkner, bassist Ian Hill, and drummer Scott Travis. A CD or download of the new album is included with every pair of tickets ordered for this show. Customers will receive an email with instructions on how to redeem this offer approximately seven days after their ticket purchase.

Tickets for the Wilkes-Barre show, which start at $44.50, go on sale this Friday, Oct. 27 at 10 a.m. through the NBT Bank Box Office at Mohegan Sun Arena (255 Highland Park Blvd., Wilkes-Barre Twp.), ticketmaster.com and all Ticketmaster outlets, and charge by phone at 800-745-3000. All dates will be running a Judas Priest fan pre-sale starting Wednesday, Oct. 25 at 10 a.m. with the password “FIREPOWER” that fans can use to purchase tickets in advance.

There are few heavy metal bands that have managed to scale the heights that Judas Priest have during their 40-year career. Originally formed during the early 1970s in Birmingham, England, Judas Priest is responsible for some of the genre’s most influential and landmark albums (1980’s “British Steel,” 1982’s “Screaming for Vengeance,” 1990’s “Painkiller,” etc.) and for decades have been one of the greatest live bands in the entire heavy metal genre, including an iconic performance at Live Aid in 1985.

They also brought metal to the masses by their appearance on “American Idol” in 2011. Plus, Judas Priest was one of the first metal bands to exclusively wear leather and studs, a look that began during this era and was eventually embraced by metal fans throughout the world. In 2017, the band was nominated for induction into the Rock and Roll Hall of Fame.

And come 2018, North American headbangers will get the opportunity to experience the mighty Priest on concert stages across the country from March through May.