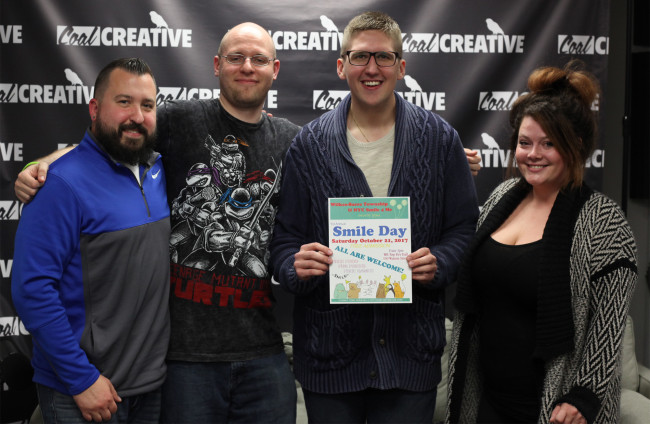 In Episode 31, we sit down with Wilkes-Barre Township native Chris Bohinski, known as “Boh the Smile Guy,” the founder of the upcoming Smile Day in Wilkes-Barre Township and creator of NYC Smile 4 Me, where he interviews celebrities like Morgan Freeman, Helen Mirren, Lin-Manuel Miranda, Bette Midler, and Kristin Chenoweth and asks them, “What makes you smile?”

Beer Boys is hosting a Susquehanna Brewing Company tap takeover, so they provide us with crowlers of Orange Is the New Ale and two versions of the Pittston brewery’s Pumpkin Ale – one from a cask with coffee and vanilla and the other blended in a Randall with Ghirardelli white chocolate wafers, which you can only get at Beer Boys – to drink before and during the interview. Needless to say, they all go over very well.

We talk about the power of smiling; staying happy and positive in an often negative world; NEPA’s infamous cynicism; how he responds to negativity or criticism; making everyday conversations more positive; his unique celebrity experiences with NYC Smile 4 Me and how those opportunities came about; his viral videos where he breaks glass with his voice, which led to national television appearances; working on major productions in New York City; blogging and starting a YouTube channel; hosting the first-ever Smile Day in Wilkes-Barre Township and its purpose; and we all answer the question, “What makes you smile?”

While giving away free tickets to see 311 at the Sands Bethlehem Event Center, we also answer questions and comments from live viewers, who explain what makes them smile.

The inaugural Smile Day will be held at the Wilkes-Barre Township Fire Hall (150 Watson St.) on Saturday, Oct. 21 from 11 a.m.-3 p.m. The family-friendly event is free and includes food, games, prizes, and raffles. 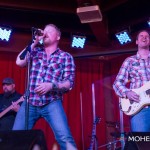