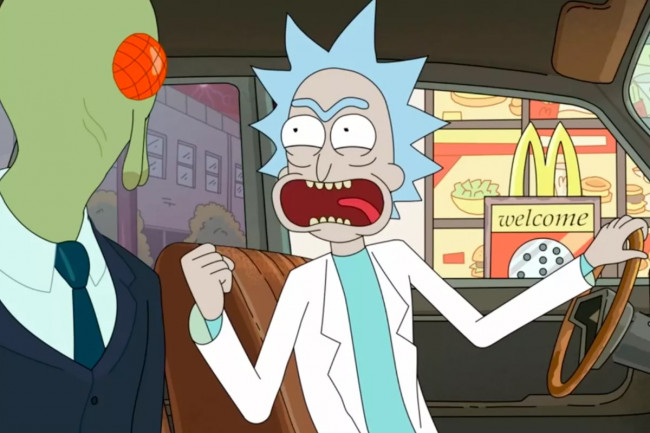 Ever since the Season 3 premiere of animated sci-fi comedy series “Rick and Morty” on Cartoon Network’s Adult Swim on April 1, a simple joke has blown up into a national craving for a limited edition dipping sauce that McDonald’s stopped making almost 20 years ago. As strange as that sounds, it got even weirder when the restaurant chain actually responded.

In the episode, the mad scientist Rick Sanchez explains his love of Szechuan sauce, which was only sold with Chicken McNuggets in 1998 to tie in with the theatrical release of Disney’s “Mulan.” After the show premiered, the Internet blew up with funny references and requests to bring the discontinued condiment back, even garnering over 44,000 signatures on an online petition.

Showing that they were in on the absurd joke, McDonald’s sent a jug of the sauce to “Rick and Morty” co-creator Justin Roiland months later and even held a contest that awarded three fans with their own 64 oz. bottles. One winner ended up auctioning his and selling it to Deadmau5 for an undisclosed amount of money.

On Sunday, Oct. 1, McDonald’s announced that they will be making the sauce available to the general public once again, but there’s a big catch – it will only be for one day, and only in select locations.

Tying in with the recent release of their new Buttermilk Crispy Tenders, the fast food giant is offering nine sauces to pair with them: Creamy Ranch, Honey, Honey Mustard, Hot Mustard, Spicy Buffalo, Sriracha Mac Sauce, Sweet ‘n Sour, Tangy Barbeque, and the new Signature Sauce. On Saturday, Oct. 7, that will also include the Szechuan sauce with limited edition posters and stickers.

“We’re giving away 1,000 limited edition, hand numbered, screen-printed posters for all 10 sauces in our legendary lineup – including Szechuan sauce. That’s right, collectible art, worthy of the pop culture status fans have given their favorite sauces. In addition, after nearly 20 years (and perhaps a bit of time travel), we’re even doing the impossible,” McDonald’s said in the surprise announcement.

“On Oct. 7., together with the collectible sauce-themed posters, we’re also giving away a one-time only, limited edition run of Szechuan sauce in select restaurants. And when we say limited, we mean really, really limited!”

Oh…did-did you guys want this? 😜 Szechuan Sauce…on a poster & maybe your taste buds: only on 10/7. Full deets at https://t.co/7WUSDF1C3v pic.twitter.com/eT4PxW3fEi

Just 26 cities in Pennsylvania are participating in the promotion and, of those cities, only certain restaurants in Scranton, Oakland, Philadelphia, Pittsburgh, Shippensburg, and State College are carrying packets of Szechuan. The South Scranton location (900 S. Washington Ave.) is the lone McDonald’s in Northeastern Pennsylvania that will have the spicy Asian-style sauce, but there’s no word on whether or not it comes with a Pickle Rick on the side. A four-piece serving of Buttermilk Crispy Tenders costs $3.79-$3.99.

Local radio station Alt 92.1 will be broadcasting live from the Scranton McDonald’s on Saturday from 1 p.m.-3 p.m., with the Szechuan sauce and poster giveaway starting at 2 p.m. They are also giving one packet to a lucky listener as part of their “Sense of Entitlement” promotion this week. Visit alt921.com for details.

At the end of the day, though, is this joke that spiraled out of control really worthy of all the hype? The team behind the show seems to think so:

"It's delicious and every scoop is twenty bucks." pic.twitter.com/rdw3MmIxRf 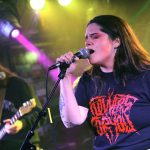