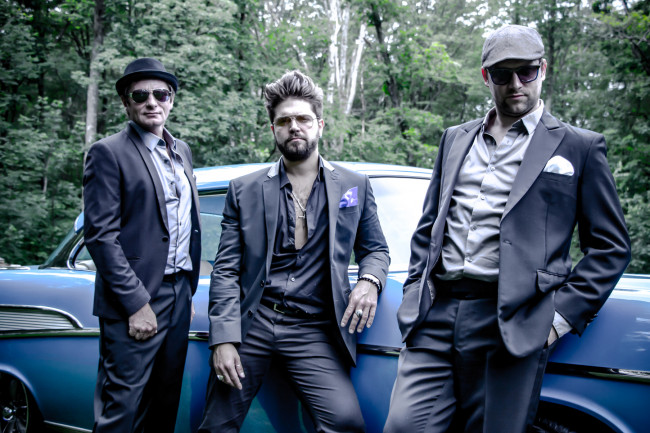 Wilkes-Barre’s own Dustin Douglas & The Electric Gentlemen will bring their critically-acclaimed “Stevie Ray Vaughan Retrospective” to the F.M. Kirby Center’s “Live from the Chandelier Lobby” concert series presented by City Market and Café on Saturday, Nov. 18 at 8 p.m.

Dustin Douglas & The Electric Gentlemen have received rave reviews from past performances of their bombastic tribute to Stevie Ray Vaughan and Double Trouble and recently wowed a packed house at the world famous B.B. King Blues Club in New York City.

Capturing the vibe of late ’60s and ’70s blues-laced rock ‘n’ roll, Douglas and his band mix retro-style and groove (like the Jimi Hendrix Experience, Stevie Ray Vaughan, Led Zeppelin, and Black Crowes) for a lightning-charged vintage style all their own.

Led by the transcendent lead guitarist/singer/songwriter Dustin Douglas (Lemongelli, The Badlees), The Electric Gentlemen (Tommy Smallcomb on drums and Matt “The Dane” Gabriel on bass) leave even the most discerning music fans with little left to ask for at the end of every live show.

Since the time he learned to walk, Douglas (born Dustin Drevitch) has had a guitar in his hands and a song in his soul. Performing his first show at the age of 13, he has never stopped, first gaining popularity with his original power trio Lemongelli. Lemongelli released three independent records and shared the stage with Heart, Cheap Trick, Def Leppard, and Eddie Money, just to name a few.

Becoming one of the most sought-after live and session guitarists in Northeastern Pennsylvania, Douglas joined the legendary local rock band The Badlees, with whom he recorded “Epiphones and Empty Rooms” and supported Bob Seger on his 2013 arena tour.

The following year, Douglas was ready to get back to his blues rock roots. The self-titled debut record from Dustin Douglas & The Electric Gentlemen sold out of its first pressing, garnering attention from fans and critics alike. Tracks such as “Baby Girl” and “Ain’t Your Poppa’s Blues” found Douglas right back where he belongs, leading a powerful rock trio.

The summer of 2017 saw the release of “Blues 1,” a collection of classic blues covers, including cuts by John Lee Hooker, Muddy Waters, Albert King, and Freddie King, as well as a new original song. The album helped the band cement themselves in the blues world.

With a full-length album already in the works and set for release in 2018, Douglas and his crew continue to take the industry by storm.

“Blues rock is often played badly but, like any genre, there are those that can rise above the mediocrity and demonstrate a real flair. This album will give you only a glimpse of how strong this trio’s riveting live show is,” wrote Jim Hynes, senior writer at Elmore Magazine.

See NEPA Scene’s photos of Dustin Douglas & The Electric Gentlemen playing at the River Street Jazz Cafe last year here and listen to them talk about their self-titled album on a 2016 episode of the original NEPA Scene Podcast: 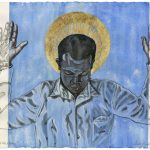