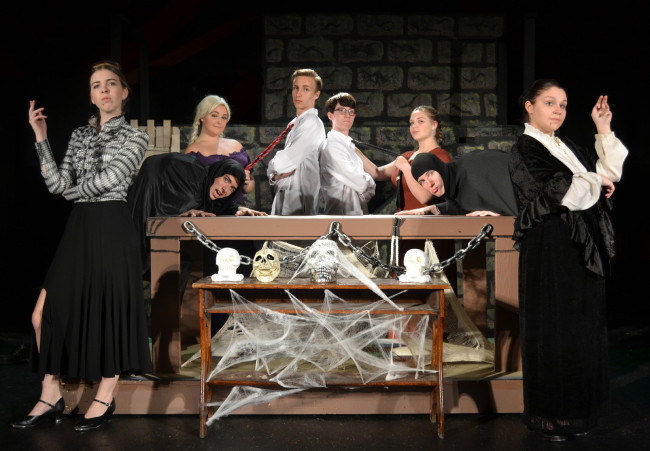 The comedy marks the first full-scale musical production under the direction of Act Out Theatre’s new artistic director, Dan Pittman.

“I am extremely proud and blown away by the immense talent of the cast of ‘Young Frankenstein,’ and I am ecstatic that this is my first show as the artistic director of Act Out Theatre,” Pittman said. “This show is an example of classic Mel Brooks. It’s full of slapstick comedy and humor, so audience members should be prepared to laugh their socks off.”

Set in Transylvania, the show features everything one might want for a late-October night out: mad scientists, a host of frightened villagers, visions from the dead and, of course, a monster or two.

Mike Speranzo of Scranton and South Abington plays the Monster in the show. Brought to life in Dr. Frederick Frankenstein’s lab, audience members can expect to see the Monster transform as the show progresses. 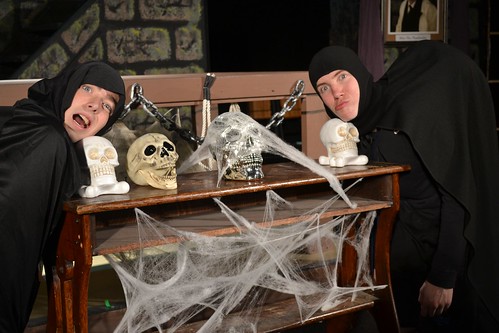 “The best part [of playing the monster] is that it’s just so iconic of a role,” Speranzo said. “Everything the character does is just so funny, and it’s so much fun to do.”

In addition to Pittman, the show’s production staff includes Brenda Nighbert as the musical director, Karl Barbee as choreographer, Katie Owens as set designer, and Kalen Churcher as costumer. Because some roles have been double cast, audience members can expect slightly different performances depending on the show date.

Igor, Dr. Frankenstein’s wacky sidekick, is played by Jordan Mailler of Scranton and Shea Quinn of Clarks Summit. According to Mailler, playing Igor allows him to “let loose” on stage with a different accent, strong facial expressions, and exaggerated body language.

Olivia Hendrickson travels from Callicoon, New York to rehearse for “Young Frankenstein” as one of two young women who plays Inga, the sensual and sweet lab assistant to Dr. Frankenstein. Kaitlyn Dolphin of Scranton shares the role. 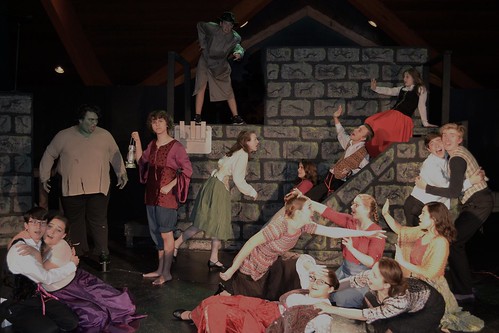 “She is very high spirited, and she is a huge flirt,” Dolphin said of her character. “My favorite thing about playing Inga is the amount of fun I can have with her. Though the accent and excessive amount of yodeling can be tough, once it comes together, I have an absolute blast with it.”

“Everyone should come see ‘Young Frankenstein’ because the cast is full of talent and we have been working really hard to put on a great show,” said Molly Butler of Dunmore. Butler and Kiana Grella of East Benton share the role of Elizabeth Benning, Dr. Frankenstein’s madcap fiancé.

“Also, this show is super funny, which is something that people don’t expect. The actors, directors, and crew have all put forth so much effort to put this show together and make it the best it can be, and I think that we’ve achieved that goal.” 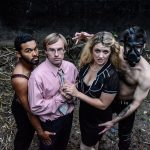 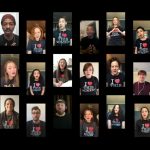