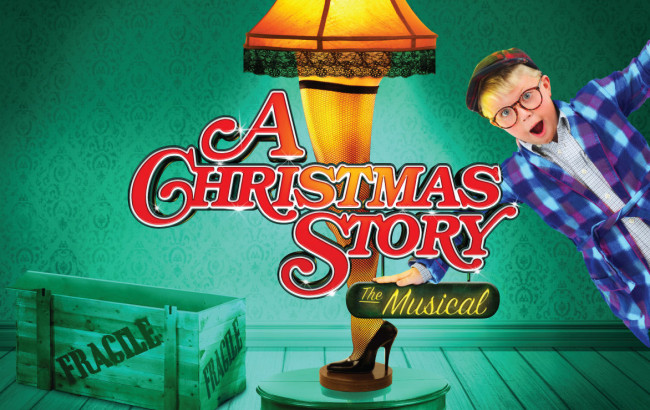 Tickets, which are $40-$75, are on sale now and can be purchased at the Fidelity Bank Box Office at the SCC (420 N. Washington Ave., Scranton), by calling 570-344-1111, online at sccmt.org and ticketmaster.com, and all Ticketmaster outlets.

From the songwriting team behind the smash-hit Tony Award-winning musical “Dear Evan Hansen” and the Academy Award-winning film “La La Land,” “A Christmas Story: The Musical” brings the classic 1983 movie to hilarious life on stage.

Following a successful Broadway run garnering three 2013 Tony Award nominations, including Best Musical, Best Book of a Musical (Joseph Robinette), and Best Original Score (Benj Pasek and Justin Paul), along with six Drama Desk nominations and two Outer Critics Circle nominations, “A Christmas Story: The Musical” returns as a national tour for yet another year. The shows runs Nov. 17 at 8 p.m., Nov. 18 at 2 p.m. and 8 p.m., and Nov. 19 at 1 p.m. and 6:30 p.m. in Scranton.

Based on the perennial holiday movie favorite, “A Christmas Story” chronicles young and bespectacled Ralphie Parker as he schemes his way toward the holiday gift of his dreams – an official Red Ryder Carbine-Action 200-Shot Range Model Air Rifle. An infamous leg lamp, outrageous pink bunny pajamas, a maniacal department store Santa, and a triple-dog-dare to lick a freezing flagpole are just a few of the distractions that stand between Ralphie and his Christmas wish. “You’ll shoot your eye out kid!”

Hailed by the Associated Press as “a joyous Christmas miracle,” the New York Times writes, “I was dazzled. You’d have to have a Grinch-sized heart not to feel a smile spreading across your face.”

“A Christmas Story” is a triple-dog-dare of a good time, and it is sure to warm your heart this holiday season.