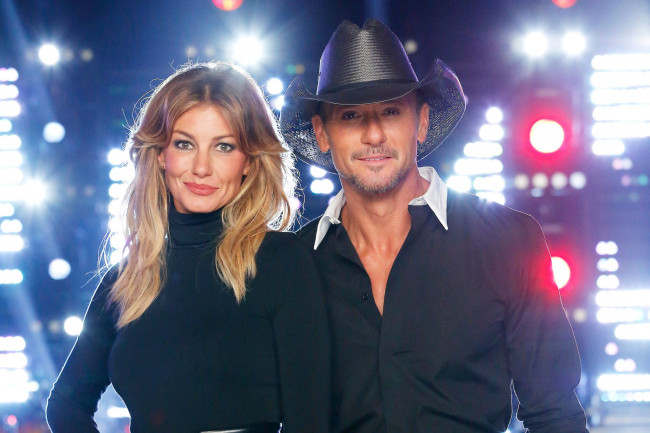 Following an 80-date North American run of sold-out shows, Grammy Award-winning husband and wife country superstars Tim McGraw and Faith Hill are showing no signs of stopping as their critically acclaimed Soul2Soul World Tour extends into 2018 with over 25 additional dates announced, including the Giant Center in Hershey on Tuesday, June 12, 2018.

McGraw and Hill’s first-ever album together, “The Rest of Our Life,” will also be released on Nov. 17 on Sony Music Entertainment under the Arista Nashville/McGraw Music imprint. Each ticket purchase will come with a copy of the new album.

Additionally, later that night, the tour film “Tim & Faith: Soul2Soul” will premiere at 9 p.m. on Showtime on-air, on demand, and over the Internet and includes live performances from their Soul2Soul Tour, as well as unprecedented access to the multi-platinum-selling couple with never-before-seen interviews and behind-the-scenes footage.

McGraw and Hill are also slated to receive the Legends of Live award at the 14th annual Billboard Touring Conference & Awards in Los Angeles on Nov. 14.

The Soul2Soul World Tour, which is approaching one million in attendance on its initial trek, has consistently stunned audiences across North America with its sharp production, deep catalog of hits, and McGraw and Hill’s palpable chemistry.

“The show’s tightly executed production was upstaged only by the couple themselves, who are undeniably at their best when collaborating” Rolling Stone wrote. “[The tour is] energetic and sexy. … It’s clear that the pair is in love and genuinely enjoys performing together every night,” Billboard noted.

“The Rest of Our Life” will be released on the heels of the title track second single, penned by Ed Sheeran, Amy Wadge, Johnny McDaid, and Steve Mac, with a new music video directed by Grant Singer. The first single, “Speak to a Girl,” was nominated for a CMA Award.

Teaming with two of Nashville’s most accomplished producers, Hill and McGraw produced nine of the new album’s 11 songs with Byron Gallimore and two tracks with Dann Huff.

The wristband policy will be in effect for this event. Fans are permitted on the Hersheypark Entertainment Complex property beginning at 7 a.m. on Nov. 17. Two hours prior to the on-sale, fans will be directed in front of Giant Center box office, where they will be issued a numbered wristband. Wristbands are available for one hour, and at the conclusion of that hour, a selected fan will randomly choose a wristband that will determine the line order. 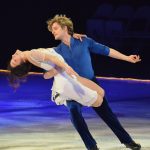