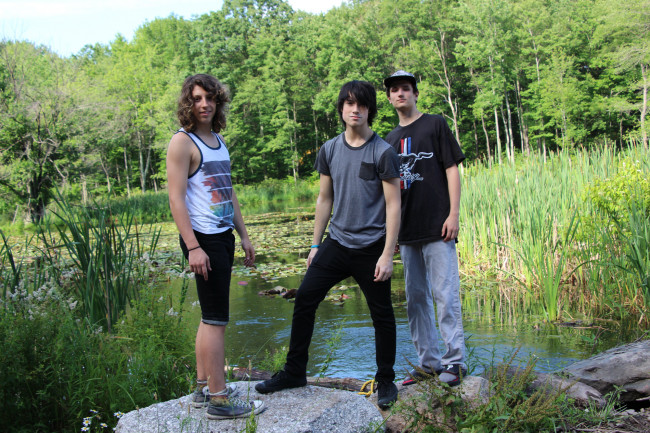 Local punk rock band Blind Choice has announced that they will be throwing a release party for their new EP, “Firing Squad,” at Thirst T’s Bar & Grill in Olyphant on Friday, Dec. 8 at 9 p.m.

Blind Choice will play some covers and debut their new original songs, and fellow rock acts The Kids from Yesterday and Static in the Attic, along with solo artist Awnshae Smith, will open the show. Pre-sale tickets are $10, which includes an EP download, or $5 at the door (120 Lincoln St., Olyphant).

The young band, who won the People’s Choice Award in the 2017 Steamtown Music Awards, is comprised of Dylan Pysher on guitar and lead vocals, Matt Habrial on bass (both from Pen Argyl), and Tanner Snyder from Moscow, Pennsylvania on drums.

Pysher and Habrial formed Blind Choice in 2014, and Snyder joined in March of 2017. Their punk rock sound is heavily influenced by some of their favorite artists, such as Green Day, Imagine Dragons, and Blink-182. Together, they are creating their own unique sound and attempting to challenge the world and inspire people with their music, much like they were inspired by their heroes.

The new album features four songs – “Firing Squad,” “Courtney,” “Fit Right In,” and “Fall for You” – and was engineered by Bret Alexander at Saturation Acres in Dupont.

Pysher, who wrote the lyrics, said, “Writing this EP together has made us, what I would consider, musical brothers. The music and lyrics just flowed, and we were able to create four new tracks that we feel represent us and our combined style very well. This EP was a group effort, for sure, and having a local legend like Bret Alexander engineering it was even better.”

“’Firing Squad’ is one of the most powerful tracks on the EP, but ‘Courtney’ is our rock ballet. It was difficult to write but is very special. It was written about one of our friends who unfortunately took her own life,” Pysher continued.

“We hope it can help raise awareness about suicide and encourage others to seek help and prevention.”

The band had a full summer lineup and has gigs booked far into 2018, including opening for national act The Veer Union at the Irish Wolf Pub in Scranton on Jan. 2.

Blind Choice also regularly participates in the Youth Arts Forum at The Bitter End, a nightclub located in the heart of Greenwich Village that is touted as “the oldest rock and roll club in New York, where Lady Gaga played her Dive Bar Tour.” The band recently won third place in the Pocono Great Talent Event and are nominated for Best Band, Best Album for “Firing Squad,” and Best Song for “Courtney” in the Lehigh Valley Underground. 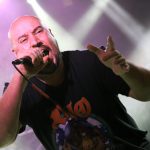 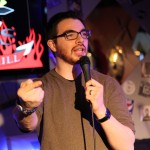