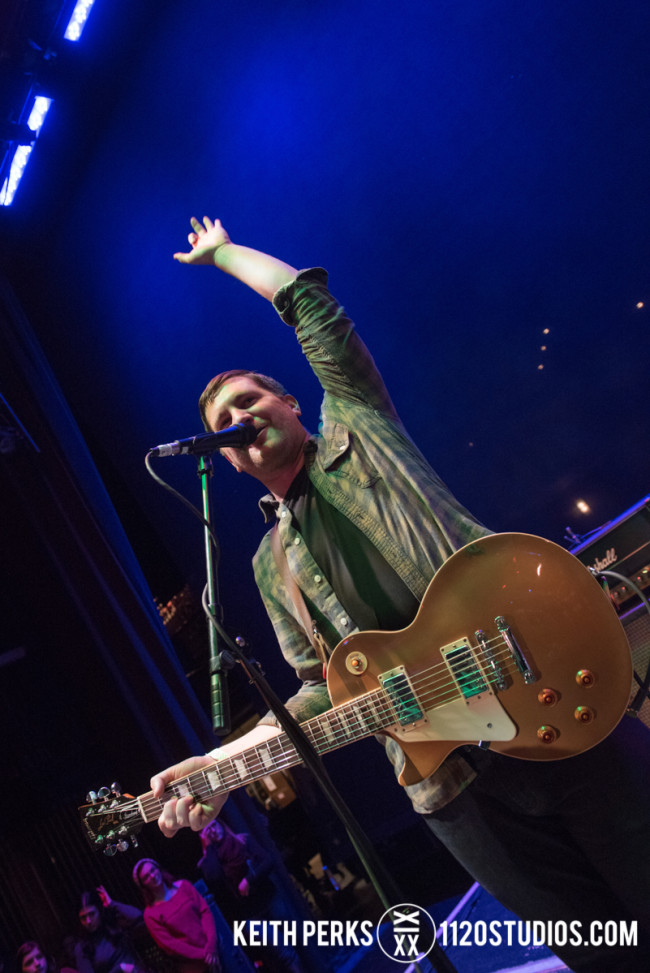 Shaking up the lineup a bit this year, Scranton punk rockers The Menzingers will return to the Scranton Cultural Center in downtown Scranton for their annual NEPA Holiday Show on Saturday, Dec. 16.

Tickets, which are $20 in advance or $25 the day of the show, are on sale now and can be purchased at ticketmaster.com, all Ticketmaster outlets, and the Scranton Cultural Center box office (420 N. Washington Ave., Scranton).

Net proceeds will once again benefit Arts Alive, an intensive arts institute for students in kindergarten through grade 12.

Founded by The Menzingers and Tigers Jaw in 2011, this will be the seventh annual Holiday Show and the third to be held at the SCC. Now based in Philadelphia, The Menzingers returned to their hometown area in February for an acoustic album release show for their latest Epitaph Records release, “After the Party,” at the Gallery of Sound in Wilkes-Barre.

The band also made their television debut on “Last Call with Carson Daly” on NBC, headlined their own national tour and the Project Pabst Music Festival in Philadelphia, and toured with The Offspring and Sublime with Rome this year.

Scranton’s Tigers Jaw played at the Gallery of Sound this year as well to promote their new album, “Spin,” released through Black Cement Records, a new Atlantic Records imprint curated by Philadelphia producer Will Yip. Yip also recorded the 12-song album and their previous record, “Charmer,” choosing Tigers Jaw as the first band to be featured on the label.

Additionally, the band played an NPR Tiny Desk Concert, headlined a national tour, toured with Manchester Orchestra, and joined the lineup of the recently announced Alt 92.1 Snow Show with Dashboard Confessional at the F.M. Kirby Center in Wilkes-Barre on Jan. 28, 2018.

See photos and videos of The Menzingers playing in Wilkes-Barre back in February here.