Metallica and AC/DC tributes Battery and Back in Black play Kirby Center in Wilkes-Barre on Dec. 1 and Jan. 19

It was announced today that two rock tribute acts will perform at the F.M. Kirby Center in Wilkes-Barre as part of its “Live from the Chandelier Lobby” concert series sponsored by City Market and Café. Battery: Masters of Metallica will play on Friday, Dec. 1 at 8 p.m., and Back in Black: The True AC/DC Experience will take the lobby stage on Friday, Jan. 19, 2018 at 8 p.m.

Battery: Masters of Metallica is widely considered to be the best Metallica tribute act touring today. How good are they? Well, they were good enough to open for Metallica for five sold-out shows their 1998 Garage Inc. Tour.

Battery opened playing all Metallica originals, while Metallica played all covers from the “Garage Inc.” album. They truly are the next best thing to the real thing.

They headlined the House of Blues in Chicago, Disney World in Orlando, Florida, and Myrtle Beach, South Carolina; the Fillmore in New York City; the Recher Theatre near Baltimore; the Full Throttle Saloon and Broken Spoke Saloon in Sturgis, South Dakota; the Hard Rock Cafe’ in San Juan, Puerto Rico; and many more of the best music venues in the world.

The “true AC/DC experience” performed by Back in Black has been touring the United States since 1990, entertaining audiences with their accurate replication of AC/DC’s music, old and new. Close your eyes and you will swear you are seeing and hearing the real thing. This high-energy live show leaves audiences wanting more.

Back in Black has an unlimited setlist of hits, but what separates this Ludlow, Massachusetts band from other tributes is that they have an array of B tracks on the list as well, such as “It’s a Long Way to the Top (If You Wanna Rock ‘n’ Roll),” “Overdose,” and “Down Payment Blues,” among others. 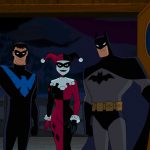