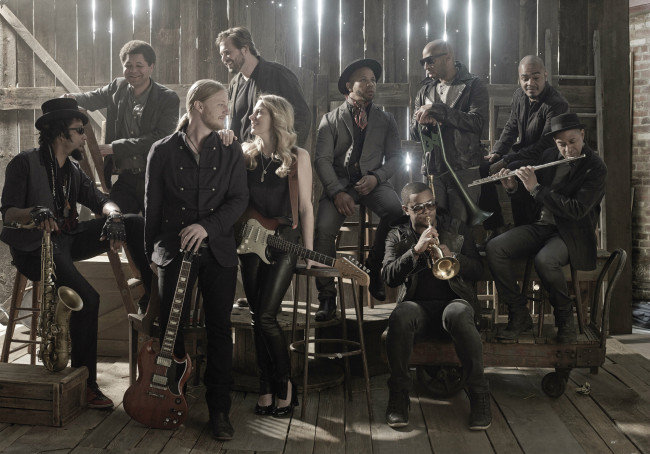 It was announced today that the blues rock group and Peach Music Festival alum Tedeschi Trucks Band will return to the F.M. Kirby Center in Wilkes-Barre on Thursday, Feb. 8, 2018 at 7:30 p.m.

Now in their eighth year, the Grammy-winning Tedeschi Trucks Band has earned their reputation as one of the premier live acts touring today. The 12-piece ensemble, led by the husband-and-wife team of guitarist Derek Trucks and guitarist/singer Susan Tedeschi, is a true collective, a rarity in rock and roll, with every musician featured nightly while serving the band’s unified vision, pushing the boundaries of group dynamics and improvisation to inspiring new heights.

Praised by reviewers for their “joy-filled blast of blues, soul, and rock” (Philadelphia Inquirer) and “stellar musicianship” (Denver Post), TTB is a touring juggernaut, on the road more than 200 days a year and never playing the same setlist twice.

Their latest release, “Live from the Fox Oakland,” a CD and film, was recorded in a single night at a show that fans and band members all regard as one of their finest performances to date. For Trucks and Tedeschi, the fall night in Oakland represented a perfect opportunity to document the progress the band has made since its inception in 2010.

“It really feels like we are hitting our stride and firing on all cylinders,” says Trucks.

The double disc live recording showcases the band’s ability to move seamlessly from blistering rock and blues to soulful ballads and includes their take on classics from Derek and the Dominos, Leonard Cohen, and even Miles Davis among TTB’s original songs.

The film also gives a behind-the-scenes look at the band on the road and includes footage from recent interviews with “WFT! Podcast” host Marc Maron and esteemed Rolling Stone critic David Fricke.

“Live from the Fox Oakland,” which debuted at No. 1 on Billboard’s Blues chart and No. 6 on the Rock Albums chart, follows four critically hailed and commercially successful TTB albums, including their Grammy-winning inaugural studio effort “Revelator” (2011) and “Let Me Get By” (2016), the first to be solely produced by Trucks and called by the Associated Press “one of the great records of the year.” 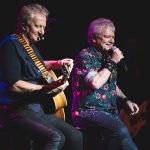