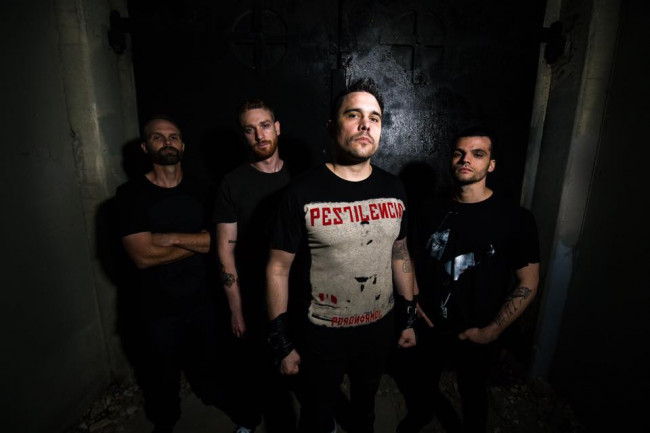 It was announced today that Chris Taylor Brown, the guitarist and lead vocalist for California rock band Trapt, will perform an acoustic set at the F.M. Kirby Center in Wilkes-Barre on Friday, Dec. 15 at 8 p.m. as part of its “Live from the Chandelier Lobby” concert series sponsored by City Market and Café. This show is also presented by local active rock radio station 97.9X.

Chris Taylor Brown is a founding member of Trapt, the Southern California post-nu-metal quartet best known for their 2002 chart-topping single “Headstrong.” In all, Taylor and his crew have recorded seven studio albums and an acoustic collection of their greatest hits in 2014.

The group took a new direction when making “DNA,” self-producing and engineering the album lead by Trapt bassist Pete Charell at his studio The Omen Room in Orange County, California. The band also enlisted Chris Lord Alge to mix “DNA,” with Cameron Webb mixing two of the most recently recorded tracks. This marks the band’s first self-produced record and the first with the ability to go at their own pace to make their best record to date. The band didn’t take this flexibility for granted and kept their fans in mind while writing and producing the effort. New tracks from “DNA” have been released over the past months, including “Passenger,” “Human,” and “It’s Over.”

“DNA” takes the band into new territories that will please existing fans and those new to the band alike. Drawing influences from hard rock and metal, “DNA” is Trapt at their prime, showcasing dynamic guitar riffs, hypnotic bass lines, and hard-hitting yet technical drum work. Songwriter and vocalist Chris Taylor Brown carefully penned lyrics that tell stories of relationship struggles, self-empowerment, and living in a society that sometimes feels rigged to pull the everyday person down. The band wants the listener to be inspired, aware, and emotionally charged to support rock music and live a life of change and meaning.

Trapt have been icons in the rock music scene since their 2002 self-titled release spawned radio staples such as “Headstrong,” “Echo,” and “Who’s Going Home with You Tonight,” putting the band on the map worldwide. With nobody in their way, the band has toured relentlessly with a work ethic that has amassed one of the most loyal group of fans in the genre. Their 2014 album “Reborn” hit No. 1 on the iTunes charts with their sensational and empowering single “Bring It.” While many of their peers of the early 2000s have gone by the wayside, Trapt continues to evolve yet always stay dedicated to making music that speaks to their core audience.

“This album is really about the fans and all the amazing insight I was able to put into the lyrics for ‘DNA,’ by asking them so many deep questions and discussing so many controversial topics through our Facebook page for the year and a half we were writing and recording ‘DNA,'” Brown said. “Just want to say thank you to all the fans for allowing us to get to know you so personally.”