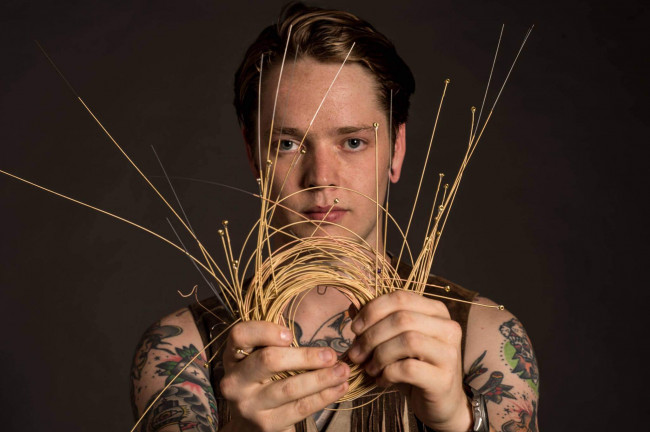 Seen at the Susquehanna Breakdown Music Festival in Scranton earlier this year, Billy Strings averages more than 200 live performances each year, so with a brand new new album in tow, the Nashville-based bluegrass sensation is doing what he does best – hitting the road.

Billy Strings will bring his virtuosic guitar skills back to the F.M. Kirby Center in Wilkes-Barre on Monday, Jan. 29, 2018 at 8 p.m. as part of the venue’s “Live from the Chandelier Lobby” concert series, sponsored by City Market & Café.

Raised in Michigan and based in Nashville, Strings – real name William Apostol – learned music from his father, who had learned it from his father and his father before him. Maybe that’s why, at 24, Strings’ songs, his articulation, and his entire approach sounds so authentic and steeped in tradition.

And the industry has taken notice: Strings won the IBMA 2016 Momentum Awards Instrumentalist of the Year for guitar, banjo, and mandolin and was voted No. 1 in scene tastemaker Bluegrass Situation’s Top 16 of ’16.

On Sept. 22, Strings’ first full-length album, “Turmoil & Tinfoil,” was released to critical acclaim. While the album boasts his usual flare on the six-string, it also showcases Strings as a talented lyricist. On all 13 tracks, he explores his more psychedelic side, with spoken word and trippy lyrics intertwined with heartache, pain and, of course, turmoil. 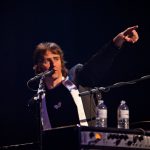