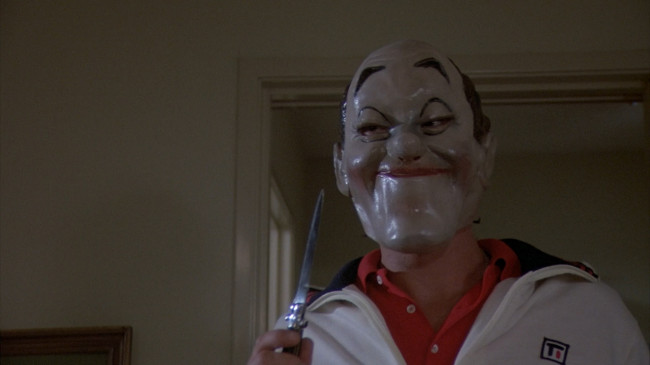 The film follows a standard slasher protocol with a masked killer. It has long been a mid-level entry in this sub-genre, with many diehards claiming its merits while more passive viewers of slasher films see it as boring and a bit drawn out. Regardless, it is a fun ride with a bit of a strange plot.

Originally released December 26, 1980, the movie was seen by many as yet another slasher in a market that was starting to become overly saturated at this point in film history. It did not create much of an impact but, over the years, it grew a large cult following, especially during this time of year.

“New Year’s Evil” follows Diane “Blaze” Sullivan, a Los Angeles punk rock and new wave show host who receives a series of phone calls during a televised New Year’s Eve party. The calls are coming from a killer warning of murders that he plans to execute at midnight in each time zone. He also informs her that she will be the final victim of the evening.

The film may sound very basic, but it really is an entertaining trip. This is a great one to watch with friends while waiting for the ball to drop on New Year’s Eve. It is also a great throwback to the 1980s, with an array of ‘80s fashion and music on display.

The movie goes into territory that has been tread before, so for seasoned horror fans, it may not be essential viewing, though that depends on the amount of love you have for slashers. “New Year’s Evil” received a great restoration by Scream Factory, and it has no right looking so good, so if you’re going to watch it, that Blu-ray is the way to go.

Is it worth seeing? “New Year’s Evil” does not break any new ground, and it’s not a Top 10 horror film, but it is fun. The premise is ludicrous, and it was obviously a thinly veiled attempt to incorporate yet another holiday into the horror genre.

While it may not warrant repeat viewings throughout the year, it will make any New Year’s celebration a bit more evil!