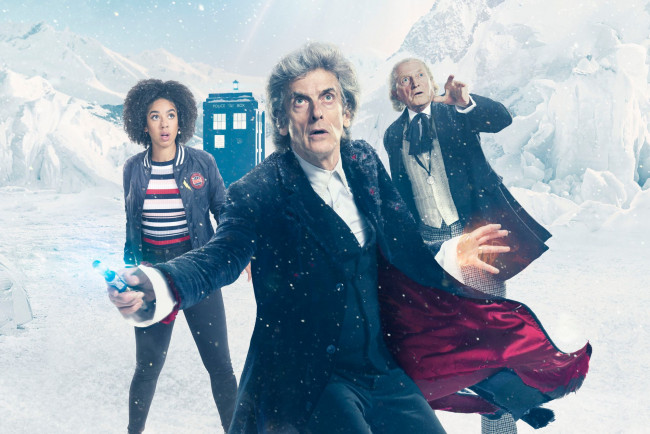 “Doctor Who” fans are getting a special gift this Christmas from Fathom Events with BBC America’s “Doctor Who: Twice Upon a Time.”

The epic finale to the Peter Capaldi era of “Doctor Who” is coming to U.S. movie theaters on Wednesday, Dec. 27 and Thursday, Dec. 28 at 7 p.m., featuring the return of Pearl Mackie and special guests Mark Gatiss (“Sherlock”) and David Bradley (“Game of Thrones”). The event will also introduce the Thirteenth Doctor, played by Jodie Whittaker (“Broadchurch”), who is the first woman to assume the role.

The cinema event will also feature two exclusive bonus pieces, taking audiences behind the scenes of the filming of this holiday special and celebrating the tenures of Peter Capaldi as the Doctor and Steven Moffat as showrunner and lead writer.

Tickets for the “Doctor Who: Twice Upon a Time” Christmas special can be purchased online by visiting fathomevents.com or at participating theater box offices. Fans throughout the U.S. will be able to enjoy the event in select movie theaters through Fathom’s Digital Broadcast Network, including Cinemark 20 (40 Glenmaura National Blvd., Moosic) and Regal Dickson City Stadium 14 & IMAX (3909 Commerce Blvd., Dickson City) both nights and R/C Wilkes-Barre Movies 14 (24 E. Northampton St., Wilkes-Barre) on Wednesday only.

“’Twice Upon a Time’ will mark the 16th cinema event we have presented in partnership with BBC Worldwide North America,” Fathom Events VP of Programming Kymberli Frueh said. “Our ‘Doctor Who’ events are the perfect opportunities for Whovians to meet up, giving them a chance to enjoy their favorite content together in a big screen setting.”

“The regeneration of the Doctor is a must-see event for ‘Doctor Who’ fans around the world,” says Sergei Kuharsky, EVP Franchise and Digital Enterprises, BBC Worldwide North America. “To be able to feature ‘Doctor Who: Twice Upon a Time’ in theaters across the U.S., with our longstanding partner Fathom Events, gives fans another chance to celebrate Peter Capldi as the Doctor. And who wouldn’t want to watch the historic emergence of Jodie Whitaker as the first female Doctor on the big screen?” 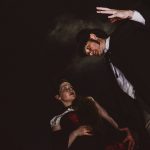