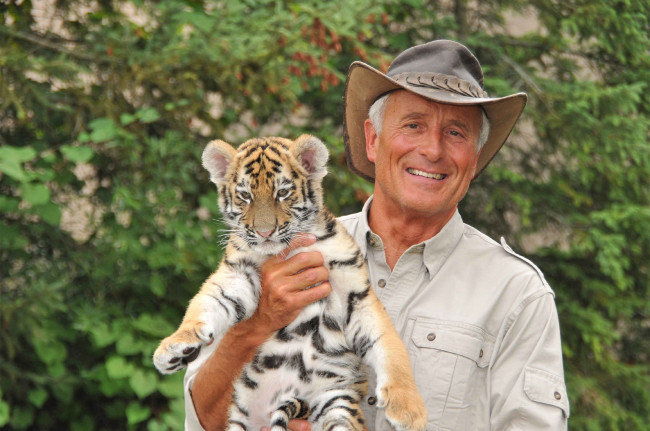 America’s most beloved animal expert, Jack Hanna, will bring his three-time Emmy Award-winning television series to the live stage with “Into the Wild Live!” at the F.M. Kirby Center in Wilkes-Barre on Saturday, April 28 at 3 p.m.

In this live show, prepare to be fascinated as Jungle Jack takes you into the wild with a spectacular array of incredible animals. He will also share humorous stories and amazing footage from his adventures all around the world, from Africa to the Amazon to Antarctica and beyond. He will also inspire with his passion and dedication to wildlife conservation.

Audiences can expect to see approximately 15 animals in the live experience. The exact animals to appear aren’t confirmed until soon before the show since each animal must receive medical clearance; however, fans can expect to see animals such as a baby cheetah, kangaroo, baby tiger, two-toed sloth, penguin, and much more.

Recognized around the country as America’s favorite zookeeper, Hanna has made countless television appearances on shows such as “Good Morning America,” “Ellen,” and “The Late Show with David Letterman,” where he has made over 100 appearances and appeared as one of the featured guests for David Letterman’s final episodes in 2015.

In 2013, Hanna celebrated his 35th “Hanna-versary” as director emeritus with the Columbus Zoo, and “Good Morning America” celebrated their 30-year relationship with him with a series of special segments. In 1993, Hanna became the host of “Jack Hanna’s Animal Adventures,” a nationally syndicated television series which ran for over 10 years. In October 2007, his current TV series, “Jack Hanna’s Into the Wild,” was born. This unscripted and action-packed series shows Hanna and his family as they explore the corners of the globe and discover amazing animals and cultures. “Into the Wild” is the recipient of three Emmy Awards, winning in the category of Outstanding Children’s Series.

His second and newest TV show, “Jack Hanna’s Wild Countdown,” airs on Saturday mornings around the country on ABC. “Wild Countdown” features some of Hanna’s favorite experiences with the world’s rarest, most endearing, and fascinating animals. You’ll even get to see his base camp at the Columbus Zoo and Aquarium.

Both television series exist because of Hanna’s longstanding partnerships with Nationwide Insurance and the Columbus Zoo and Aquarium, whom he has worked with for decades to protect and spread the word about wildlife conservation.